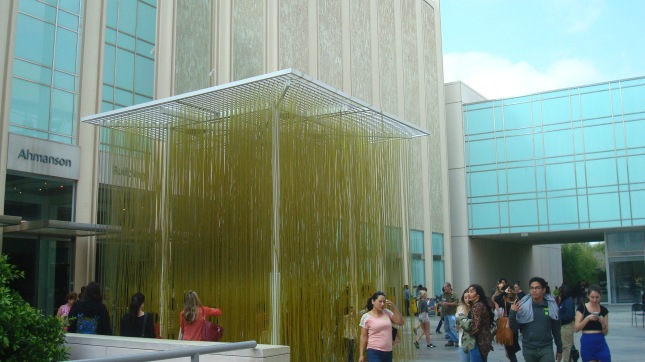 If you care about the Los Angeles County Museum of Art (LACMA), and you haven’t heard the latest about the massive makeover planned for the campus, please check out the articles below. There’s some crazy stuff going on. When the project was being discussed back in 2015, I wrote a post supporting the demolition of existing buildings and construction of new gallery space. But after reading reports in the media about the latest twists in the LACMA saga, I say we need to slam on the brakes. The project as currently proposed is just insane.

Read the articles below for more details, but the upshot is that LACMA will be spending hundreds of millions of dollars to create a new campus with a lot less gallery space. Even worse, the new buildings won’t contain offices for curators and other museum staff. LACMA will be leasing space for them in a building across the street. Unbelievable.

But it hasn’t been approved yet. The LA County Board of Supervisors will consider approval of the plan at their meeting on Tuesday, April 9. If you care about LACMA’s future, please write to your Supervisor TODAY and let them know you oppose the current plan.

LA County Board of Supervisors

Here are two articles that lay out what’s going on. The first is by Christopher Knight, who gives an overview of the proposal. The second is by Joseph Giovannini, who breaks down the numbers in excruciating detail. Both authors oppose the current plan

When the idea of remaking the LACMA campus was first proposed it seemed like a good idea, but over the years the proposal has morphed into an awful, pathetic mess. Please tell the Board of Supervisors to reject this idiotic plan.