Nothing against museums, but there’s something really cool about artists who put their work right out on the street. A, it’s free. B, it makes walking around the city so much more interesting. And C, the best street art engages you in a way that’s more immediate than the experience you get in a museum. You’re strolling down to the liquor store to get a six pack and bang, you run up against something somebody stuck on the side of a building. Or a chalk drawing on the sidewalk. Or a billboard towering overhead.

It’s interesting how people’s attitudes to street art have changed. Back in the 70s guys who went around blasting walls with spray paint were vandals. Ten years later a lot of those same guys were showing their stuff at the Whitney Biennial. You can still find artists who sneak around with an aerosol can in the dead of night, but you can also find artists doing large scale public projects with backing from a foundation.

Here’s a sampling of some stuff I’ve found roaming around LA….

People are constantly pasting stuff up all over Hollywood. A lot of it’s junk, but this caught my eye one morning as I walked past the Pacific Theatre. 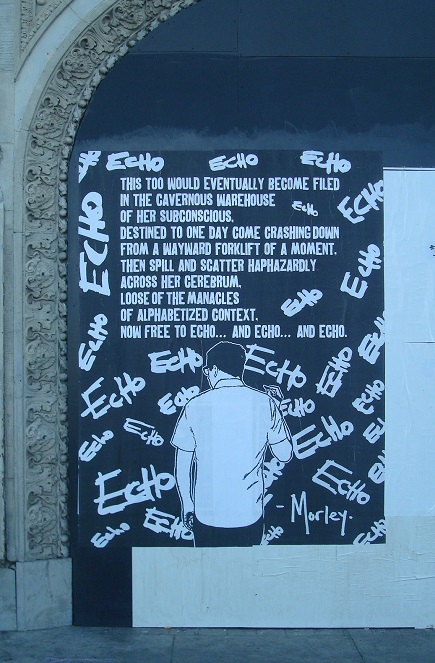 These images of bottles have been showing up in various places over the past year or so. Honestly, I can’t figure out what it’s about, but I think they’re kind of cool. 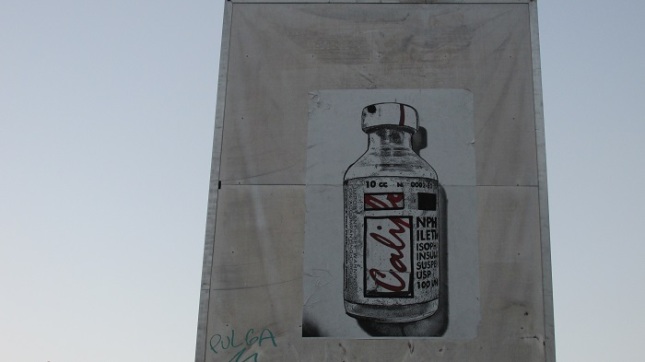 Is anything more tempting to guerilla artists than an abandoned structure? This building at the corner of Argyle and Yucca was demolished a while ago, but I got a few photos before it disappeared.

This is a shot of the same building from the freeway.

Some artists keep it simple and rough. 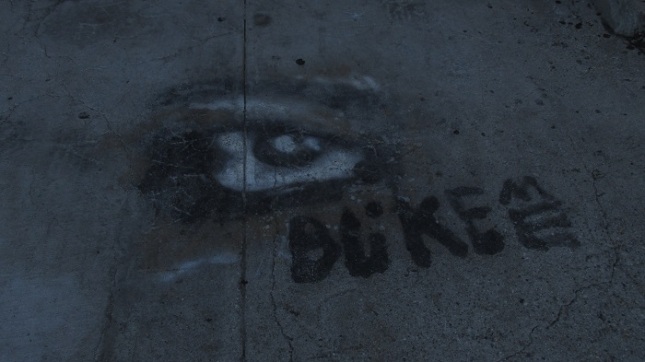 Others spend a lot of time and effort to make it as polished as possible.

The image above is by D*Face, a classic example of someone who started out doing his own thing on the street, and over time became an established professional. To see more of his work, check out his site.

Other times it’s just a statement.

I was out in Boyle Heights a while ago and I saw these banners decorating a fence that surrounded a construction site. 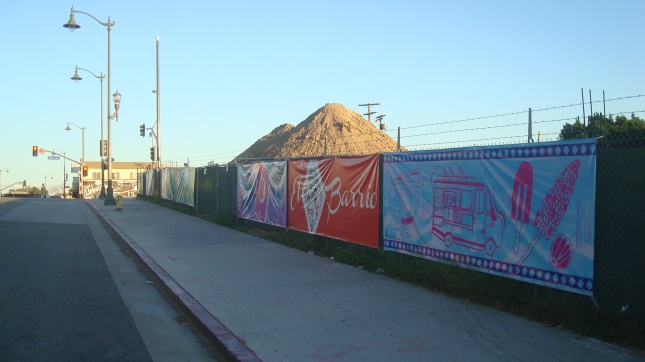 A row of banners at a construction site, First and Boyle

I was told that the project was put together by Self Help Graphics, a non-profit that’s been serving local communities for over forty years. Here’s the link.

Found this at a construction site in Downtown. Somehow it really seems to capture the vibe in LA right now.

I think I saw this at a construction site on Hill. Honestly, I can’t remember exactly where it was. 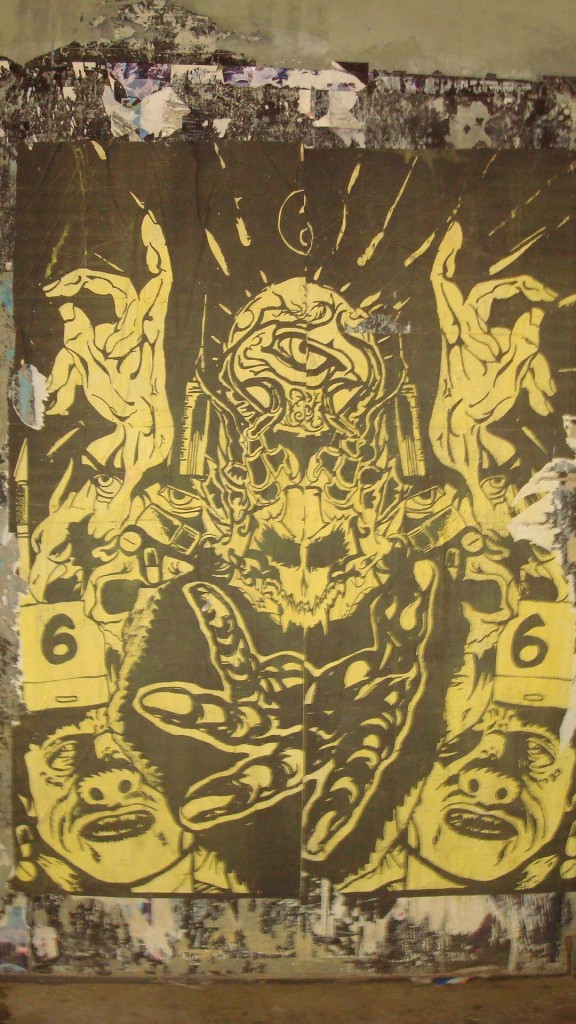 Obviously phone kiosks aren’t getting a lot of use these days. Local artists have come up with lots of different ways to transform them.

I’d seen these giant faces peering down from walls around town, but I didn’t realize they were part of a project by this guy who calls himself JR. Follow the link below to find out more. There’s a video you can watch that gives the lowdown.

Wrinkles of the City at DesignBoom

The image above can be found in back of Angel City Brewery on Alameda. And the mural you see below is right next to it.

Dabs & Myla and How & Nosm, Alameda and Third, rear of building

Finally this billboard by Robert Montgomery on Broadway near the UA Theatre. Not much to say about this one. I’ll let the work speak for itself. 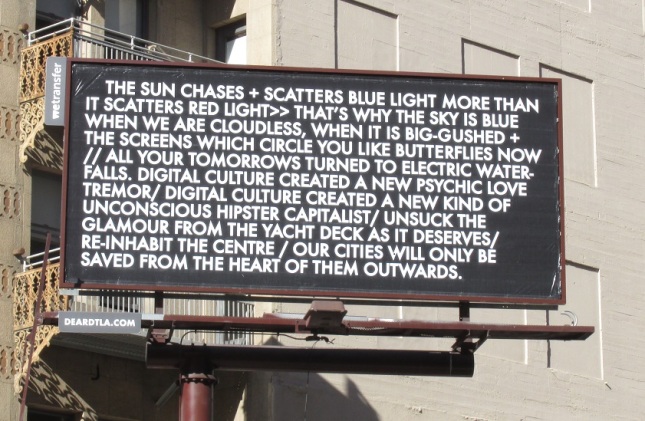