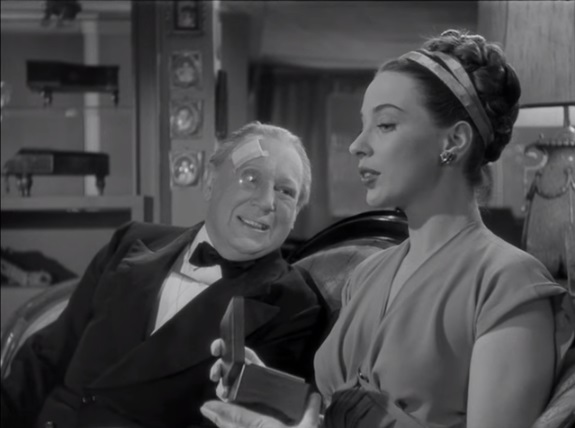 Edmund Breon and Patricia Morison in Dressed to Kill, 1946

I grew up watching the Sherlock Holmes films made in the 40s with Basil Rathbone and Nigel Bruce. A few months ago I found out a number of them were on YouTube, and one night I took a look at Dressed to Kill. I don’t know how many times I’d seen it before, but this time I was really struck by the woman who played the heavy, Hilda Courtney. Somehow I’d never noticed how good this actress was, and I stopped the movie to look her up on IMDB.

I didn’t start the movie again for quite a while. I spent a long time reading about Patricia Morison, an actress who spent years in Hollywood and never attracted any serious attention. She made films at Paramount, Universal, and Fox, but never got the parts that might have made her a star. Like so many talented actors, nobody knew what to do with her. In 1948, frustrated by her lack of success, she quit Hollywood and went back to the New York stage, and that’s when she became a star.

I won’t spend a lot of time reciting the details of her career, because you can read the Wikipedia entry for yourself. But just briefly, Cole Porter chose her for the lead in his production of Kiss Me Kate, and she was a hit. Her ability as an actress and her singing voice made her a favorite with audiences on Broadway. She later appeared in The King and I, and was active for the rest of her life on stage, in film, and on television.

So tonight I got off the subway at the Hollywood/Vine station. As I walked up to street level, I looked at the Pantages and saw this. 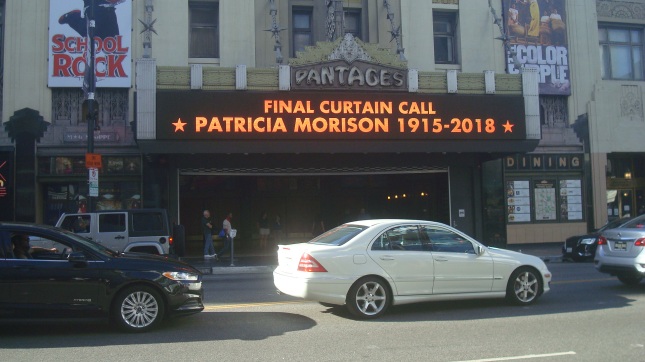 Morison actually passed away a few weeks ago. She had lived in LA from the 60s up to the time she died, and obviously made an impression on many people. In 2012 she had appeared at the Pantages in an evening titled Ladies of an Indeterminate Age. In 2015 she celebrated her 100th birthday at the Pasadena Playhouse with an event that included her singing selections from Kiss Me Kate. And throughout her later years she spent a good deal of time supporting a number of organizations including The LGBT Community Center, The Actors Fund and The Hollywood Museum.

As I write this, a few different things are going through my mind. First, I can’t say I’m sad to see her go, because it sounds like she had a long and full life and was loved by many people. Second, the fact that I discovered her so late is a reminder of how often we don’t recognize talent when it’s right in front of us. I’d seen Dressed to Kill many times, and her performance never made any impression on me until a few months ago. I can’t blame the Hollywood producers for ignoring her, because I did, too. And what’s really maddening is that I think the reason I didn’t notice her was that she was so good. I just now took a quick look at a scene from Dressed to Kill. It’s a very smart, very assured performance, and most important, she doesn’t do anything to call attention to her performance. This is the mark of a true actor, and it’s also one of the biggest dangers for someone who wants to make a living on stage or in film. If you’re really good, you disappear into the role. People don’t notice you. There are plenty of “actors” who make a name for themselves by grabbing your attention. We tend to overlook the ones who play the part without making a scene.

Third, I think about how random life is. Because I happened to watch Dressed to Kill a few months ago, when I stood across from the Pantages earlier tonight, I recognized the name Patricia Morison and it meant something to me. I’m glad I knew who she was, and in some small way I could appreciate the tribute. If I had postponed watching Dressed to Kill until later this year, I would have walked past the Pantages without thinking twice.

Life is funny that way.

If you want to find out more about Patricia Morison, here’s the obit from the New York Times. She’s definitely somebody worth knowing. 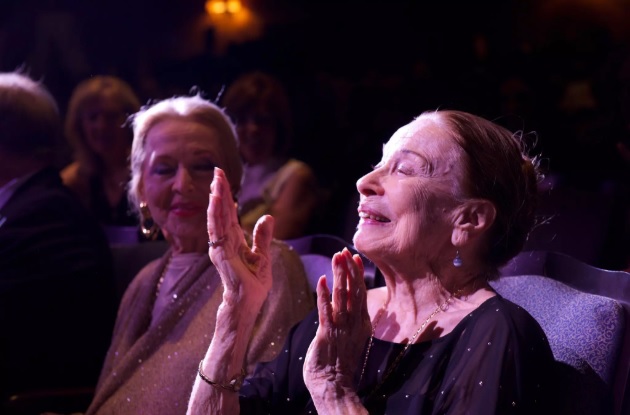