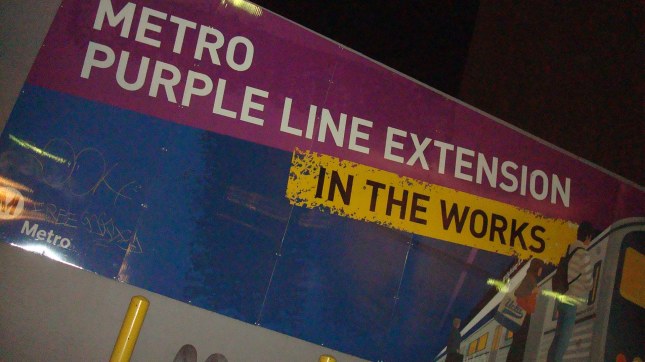 On Saturday the LA Times ran an article on the Purple Line extension that was real eye-opener for me. Let me say up front that I absolutely support the extension, and I’m glad the MTA is expanding our transit network. But I hadn’t realized how disruptive the construction would be, and I have to say I sympathize with the residents who are up in arms. They’re looking at years of noise, dust, traffic and general chaos. Even some of those who want to see the Purple Line go farther west are freaking out now that they’re realizing what it means for residents and businesses in the Wilshire Corridor.

If all goes well, the first phase of the project will be completed in nine years. That will only take the Purple Line to La Cienega. It will be over ten more years before it reaches its ultimate destination, the VA campus in West LA. I want to repeat the phrase “if all goes well”. Those of you who were around in the nineties will recall the mixture of disbelief and disgust that Angelenos felt during the construction of the Red Line, when stories about delays, cost overruns, incompetence and corruption appeared regularly in the news. The actual timeline for the Purple Line could easily end up stretching beyond current estimates, and I have no doubt it’ll cost way more than the MTA is telling us.

I am really glad the MTA is moving aggressively to expand our transit system, not just along this corridor but all over the county. I hope, though, that they’re letting residents know what they’re in for, and taking the time to listen to citizens’ complaints. The people who live along the Wilshire Corridor are going to be dealing with some real problems over the next two decades. The City of LA and the MTA need to do everything they can to minimize the disruptions.

Here’s the story from the Times. 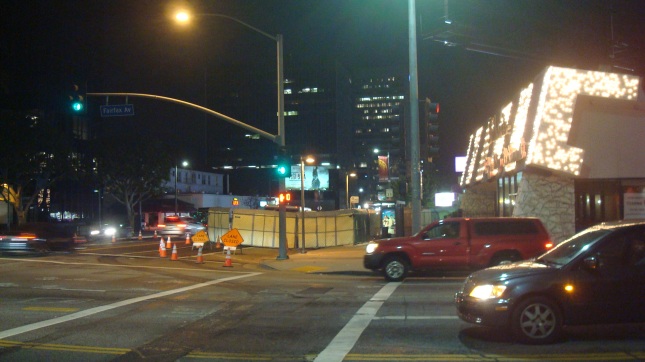 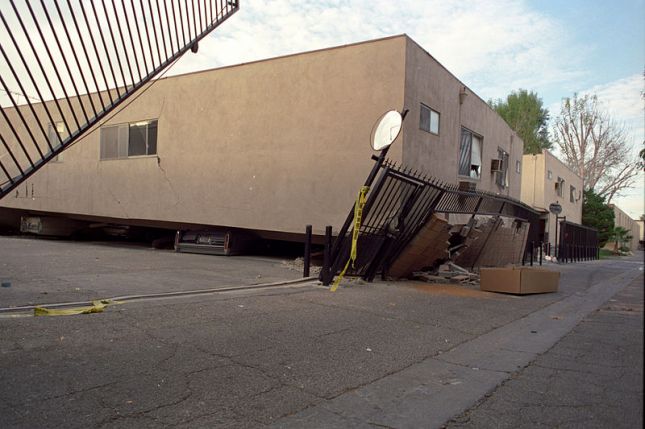 Yesterday’s small temblor was really no big deal. But it does serve as a reminder that we need to be thinking about earthquake safety. Researchers at UCLA and Berkeley have determined that there are many buildings in LA which could collapse in a major quake. They warn that thousands of “soft-story” buildings (mostly condos and apartments), and over one thousand “nonductile” concrete buildings are at risk.

Earlier this month, the LA Weekly ran an excellent article by Gracie Zheng, which not only discusses the danger we’re facing but the inability (or unwillingness) of local politicians to take action. You can read the article by clicking here.

We can make these buildings safe. It won’t be easy. It will cost money. But it can be done. San Francisco has already tackled this problem and found a solution. We need to follow their lead. If, after reading the article, you’re as concerned as I am, a good first step might be to call your council representative. Let them know you want action.

The photo above is from Wikimedia Commons. It shows a damaged building after the Northridge earthquake, and was taken by Gary B. Edstrom.

The Fairfax district is going through some changes. When I was growing up, Fairfax was a largely Jewish neighborhood with a bunch of delicatessens and kosher markets….

There was the newsstand at Oakwood….

There was the Silent Movie Theatre…. 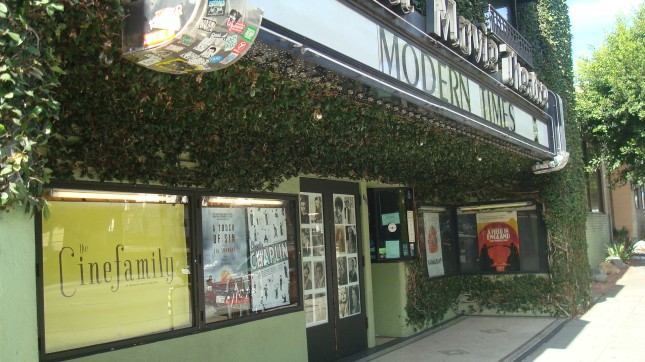 There are still kosher markets and delis on Fairfax. The newsstand is hanging on somehow. And the Silent Movie Theatre seems to be going strong, though they don’t show a lot of silent movies there any more.

But the neighborhood is undergoing a rapid transformation. In the last few years, many of the buildings have changed hands. The new owners have jacked up the rent, forcing out a lot of the older businesses, in some cases businesses that had been serving the community for decades.

Let me give you a few examples. Here’s old Fairfax…. 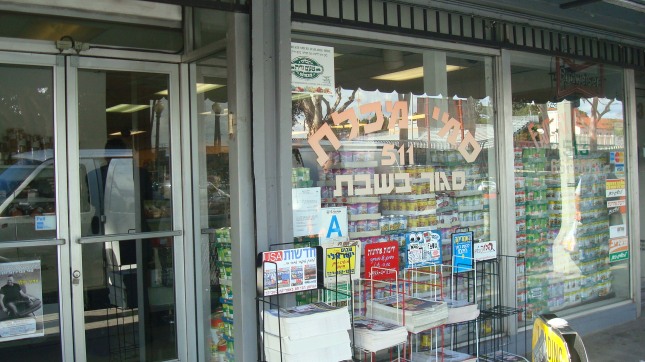 You can see the landscape is changing. Some of the older establishments are still around, like Canter’s, which is eternal. 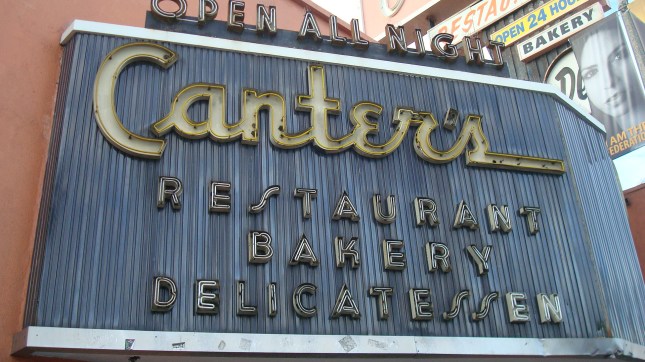 I first started hanging out at Canter’s when I was in my teens. It was a place to go after seeing a movie or a band, because back then it was one of the few restaurants that was open twenty four hours. I didn’t know until recently that Canter’s was originally located in Boyle Heights, which was home to a large Jewish enclave in the first half of the twentieth century. After WWII, when the Jewish community started moving to the west side, the owners followed the exodus and moved the restaurant to Fairfax.

Here’s an article from the LA Times that gives more detail on the transformation that’s taking place.

Things change. Over the years I’ve seen a few places disappear from the neighborhood. I was sorry to see Largo move to La Cienega. I’m sure the new venue is great, but I still remember seeing Weba Garretson, Two-Foot Yard and Jon Brion at the old location. And it broke my heart when Eat a Pita closed.

But it’s not just that the community is changing. I don’t have a problem with Fairfax being a hangout for skateboarders and kids who are into hiphop. They’re bringing life to the neighborhood.

Kids on skateboards are a common sight.

Street artists have been busy on Fairfax. 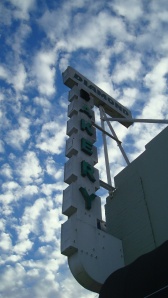 I do have a problem with Fairfax becoming a destination for the hip and trendy crowd who see it as just another place to shop and eat. At the rate things are going, it looks like this neighborhood, which used to have so much charm and character, will soon become as superficial and soulless as the worst parts of Melrose.

All they see is money.

One of the newer storefronts on Fairfax.

Just today I learned about an interesting proposal for the old Riverside-Figueroa Bridge. It was slated to be demolished following the completion of a new bridge, but some people think it could be redesigned to create a public space. Sounds like a good idea to me. If you want to learn more, click on the link below.

The photo above was taken by Osceola Refetoff, and I found it at the LA Creek Freak blog. The author gives an exhaustive history of this bridge, which you can access by clicking here.