We had a lot of rain in February. Not long after the storms passed I took some photos of the LA River along the Glendale Narrows. While it was nothing like the raging torrent it had been a few days before, the runoff from the rains was still flowing freely. It was a great day to take a walk along the river.

The river flowing beneath the Glendale Freeway. 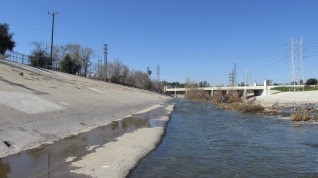 A view of the river looking toward the Fletcher Bridge.

A stairway leading from the Fletcher Bridge down to the river.

Underneath the Fletcher Bridge.

Water rushing along the river bed.

A tangle of dead wood. 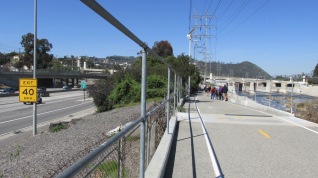 At this point the river runs right along the Golden State Freeway.

A view of the San Gabriel Mountains in the distance.

A shot of the river looking toward Griffith Park. 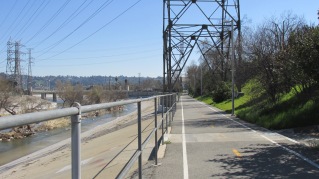 Power lines stretching across the river.

The rains swept a lot of trash into the river bed.

Stones and reeds on the river bed.

The river emerges from under the Hyperion Bridge. 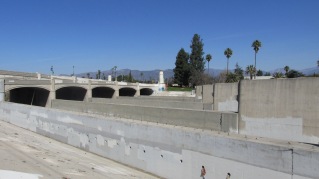 On the left the Hyperion Bridge. On the right the pylons that used to support the Red Car. 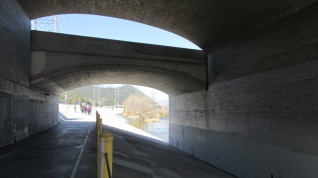 Under the Hyperion Bridge.

Here the water was smooth and calm.

A view of the river from Sunnynook Bridge.

2 thoughts on “The River After the Rain”