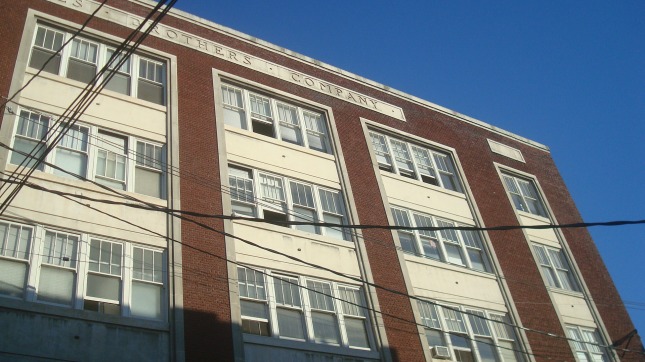 Back in November I posted about a protest by Downtown artists facing eviction. I’d been wanting to follow-up, so earlier this month I went to a gathering at 800 Traction to check in with the folks there. Unfortunately, there’s not a lot to report. The artists who’ve been living and working in this building for years, in some cases for decades, still don’t know what the future holds for them. They’ve hired a lawyer, and negotiations with the developer are currently underway. No one had any current news about The Artists’ Loft Museum Los Angeles (ALMLA), which is a short walk away, at 454 Seaton. This is another group of creative people who have called the area home for years. They were served with eviction papers in 2017, and have been wrangling with lawyers since then.

But I wanted to write a post anyway, if only to keep this situation in peoples’ minds. As gentrification continues to spread across LA, the pace of evictions is accelerating. Evictions from apartments covered by the Rent Stabilization Ordinance (RSO) have been increasing for years, with 1,824 units taken off the market in 2017 alone. Over 23,000 RSO units have been lost since 2001. But this only tells part of the story, since there’s no mechanism in place to track the number of tenants who are forced out of non-RSO units. It’s commonplace these days for people living in a building not covered by rent control to find that the landlord has suddenly hit them with an exorbitant increase. If they can’t pay, they have to leave, and no one has been keeping track of how often that’s happened in recent years. If you’re not covered by the RSO, you have no protection. Unfortunately, that’s the case for the artists at 800 Traction.

So many people have highlighted the irony of an Arts District that’s forcing artists out, it seems redundant to bring it up again. The folks at City Hall certainly don’t care. They’ve been actively assisting real estate investors in a massive overhaul of the area. The change in the neighborhood’s vibe is both striking and depressing. Even going back just 10 years, I can remember aging warehouse spaces filled with struggling artists who didn’t have much money, but who had still managed to create a lively community. Most of those people are gone now. And where there used to be cheap dive bars and funky little stores, now the streets are being taken over by clothing shops and chain restaurants. More and more these days the neighborhood seems like a giant outdoor shopping mall.

The people at City Hall keep talking about how they want to create vibrant communities, and insist that the onslaught of high-priced apartments and upscale retail is helping to achieve that goal Downtown. In reality, what they’re doing is creating enclaves for the affluent that automatically exclude anyone making less than $70,000 a year.

If these artists are eventually forced out of their homes, it’ll be one more win for the developers. And a huge loss for LA.