LA will be changing dramatically in this new year. We’re going to see a wave of construction that will transform the city, for better or worse. The mayor and the city council are decidedly pro-development. They will tell you it’s because they’re looking to the future and trying to create jobs. It might also have something to do with the massive amount of campaign cash that local politicians have received from developers.

But I don’t want to be totally negative. Development is necessary. And change can be good. It’s the beginning of the new year. Let’s try to accentuate the positive. 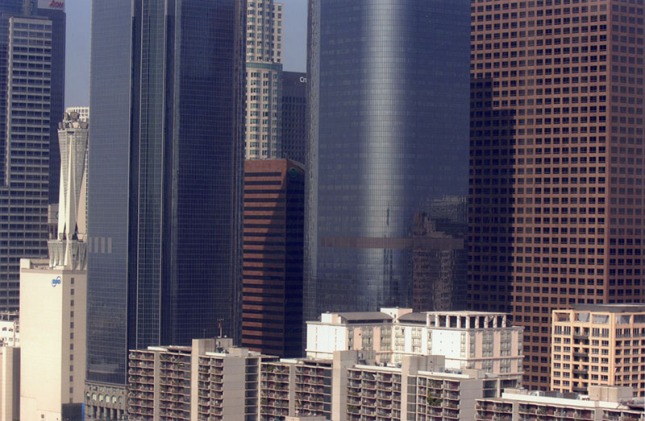 Downtown will definitely be getting more dense.

A wave of construction is hitting Downtown LA. There are a staggering number of projects in the works, and the landscape is going to change considerably. For an overview, check out this summary in the Downtown News.

The project I’m most excited about is The Broad. The building looks cool, the collection is impressive and admission will be free. What more could you ask for? A link to the site is below, but like the building, it’s still under construction. 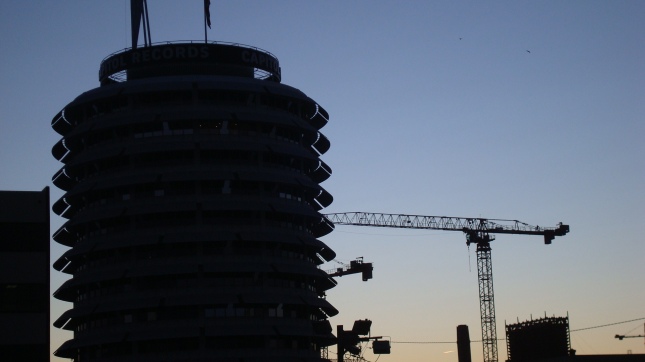 More cranes on the horizon for Hollywood?

These huge cranes have become a familiar sight in Hollywood. There are a number of buildings going up right now, and many more in the works. Under construction at the moment are Blvd 6200, Columbia Square, Emerson College, and a ton of new residential and retail space on La Brea.

But the projects that may have the most significant impact are the expansions planned by Paramount and Universal Studios. I know Universal isn’t located in Hollywood, but their “Evolution Plan” will certainly impact the Hollywood area, both in terms of jobs and traffic. Click on the link for more info.

Next is a link to an article in the New York Times which talks about both the Paramount and Universal projects. 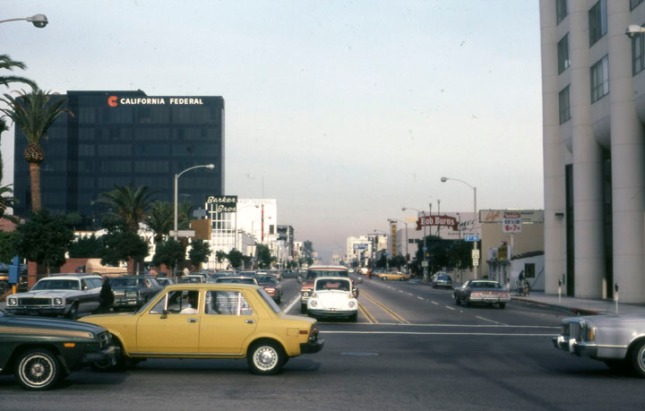 An image of Santa Monica back when it was less crowded and less expensive.

The picture you see above doesn’t represent Santa Monica as it is today. It shows the Santa Monica I knew when I was growing up, a sleepy, laid back community where rent was cheap and traffic was light. But those days are gone. While the residents staunchly supported a slow growth policy thirty years ago, today the city council is enthusiastically pro-development. There have been some complaints from locals, but that hasn’t stopped the council from approving a slew of projects. The first article, from the LA Times, is an overview. The second, from The Architect’s Newspaper, is about a group that wants the council to slow down.