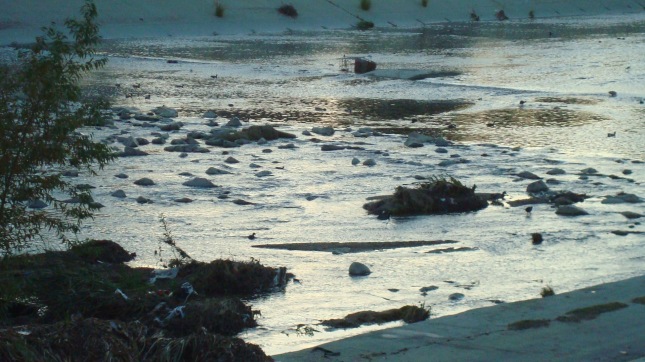 A view of the LA River in the late afternoon

When I was a kid growing up in Burbank the LA River was a joke. It wasn’t a river at all. It was a huge concrete aqueduct with a tiny trickle of water running down the middle of it. Occasionally after heavy rains the water level would rise for a day or two. But it was nothing like the majestic waterways that flowed through other cities. It seemed like some kind of weird, synthetic excuse for a river, and it seemed perfectly in keeping with the image many people had of a LA as a weird, synthetic excuse for a city. 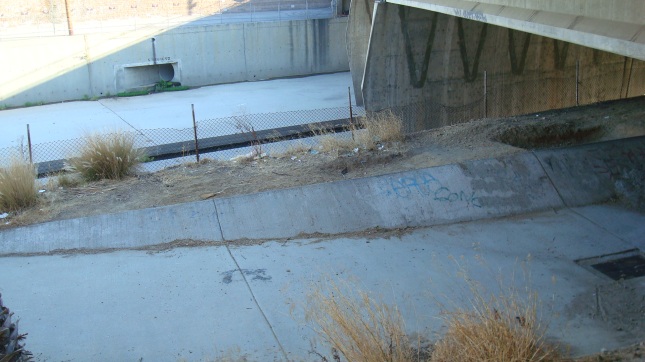 The LA River near Warner Bros. studios in Burbank

But over the years I’ve been hearing more and more about efforts to rethink the river. I understand now how important the LA River once was to the city, and I’m slowly beginning to realize how important it could be to LA’s future.

Back in the eighteenth century it was the source of water for the small settlement originally called El Pueblo de Nuestra Señora la Reina de Los Angeles. The river continued to provide most of LA’s water until the twentieth century, when the Owens Valley Aqueduct and the Colorado River Aqueduct were built. In the thirties, after a series of devastating floods, it was decided that the best thing to do with the LA River was encase it in cement. The US Army Corps of Engineers took charge, supervising one of the largest public works projects in US history. When it was done, the river had been transformed into a massive concrete channel.

But over the past twenty years or so, a growing number of people have been looking for ways to reclaim the river, to once again make it a vital part of the life of Los Angeles. It flows from Canoga Park across the Valley to the Glendale Narrows, and then winds through Downtown and continues all the way to Long Beach. In making that trip it is one of the few unifying factors in a city where residents often feel they have no connection to each other. It has the potential to become a vast linear park, winding its way through many of LA’s neighborhoods, providing a space where people could relax, enjoy themselves and connect with nature. 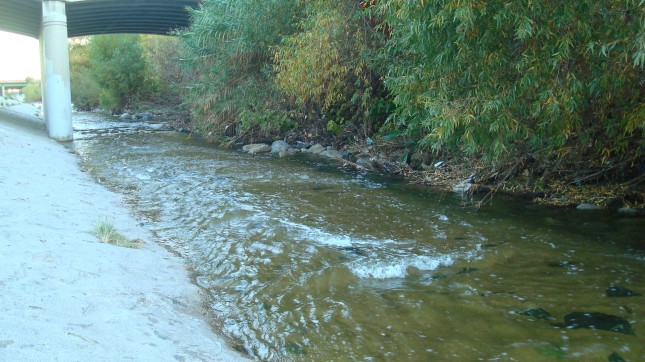 Lush greenery along the river as it runs through Griffith Park

There are many groups involved in the effort to remake the river, but the one that’s been around the longest is Friends of the LA River.

If you’re interested in getting involved, there’s probably a group in your neighborhood that could put you to work.

A while ago I started taking photos of the river. It was an interesting exercise. I found that while the river has been there all my life, and I’ve crossed it at one point or another every day for decades, I’ve never taken the time to look at it. How many times did I drive past Balboa Park without ever realizing that the LA River runs right through it. I lived in Silverlake for a few years, and used the Hyperion Bridge regularly, but I never looked down to see what was below. And I’ve crossed the bridges east of downtown LA a million times, rarely pausing to take more than a glance at the river running underneath.

So if, like me, you haven’t paid much attention to the LA River, maybe you should take a walk down to the banks some time. You might be surprised at what you find. 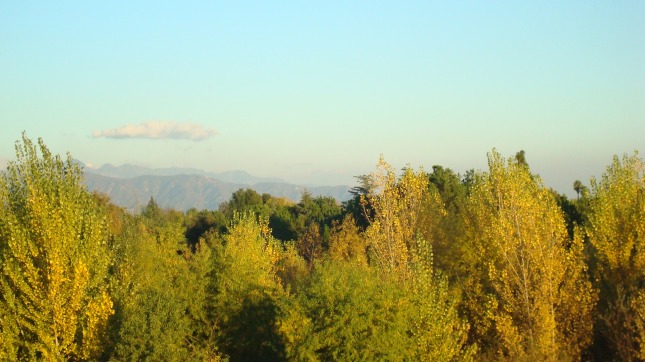 Trees crowded around the river in Balboa Park 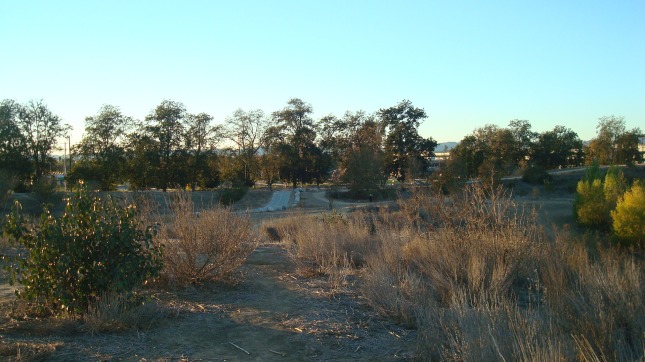 Another shot of the park facing toward Balboa Blvd. 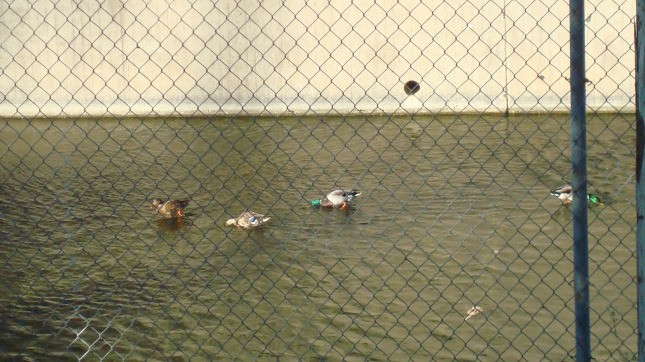 Ducks on the river in Sherman Oaks 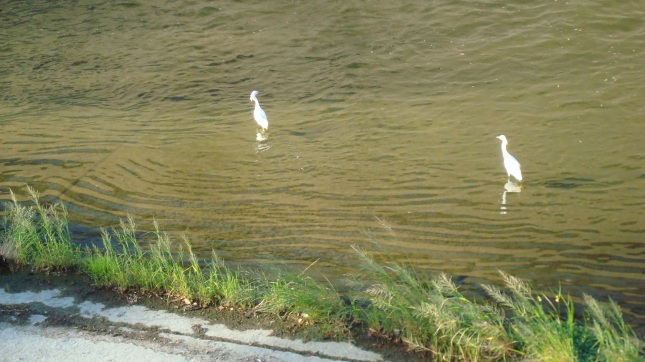 More birds on the river as it flows through Sherman Oaks 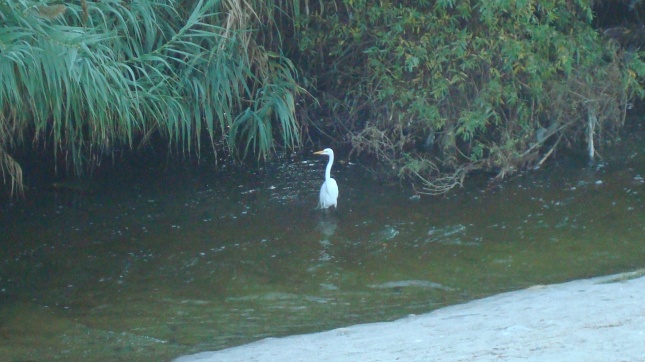 Another shot of the river on the edge of Griffith Park 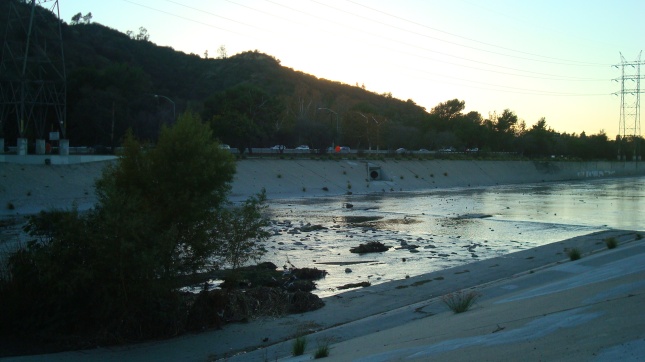 Facing west on the outskirts of Griffith Park 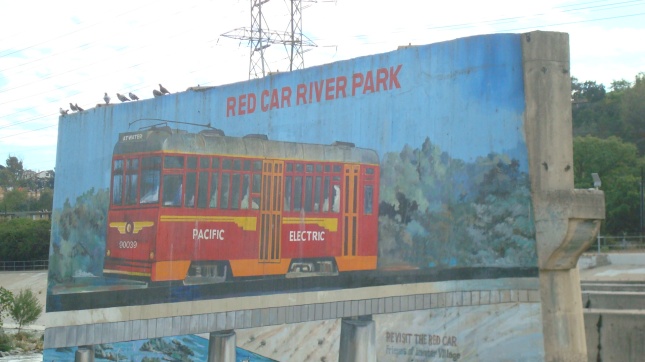 A mural marking a tiny, but cool, park in the Glendale Narrows 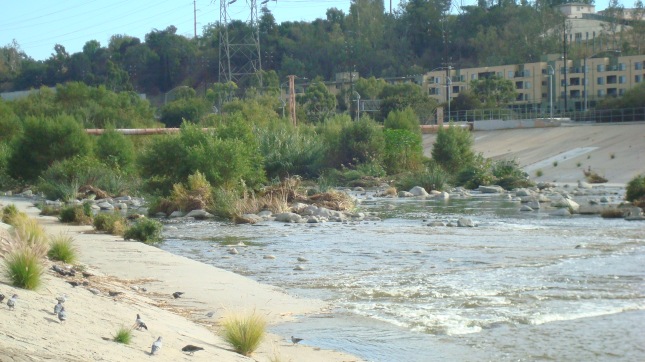 The Glendale Narrows, just below Atwater 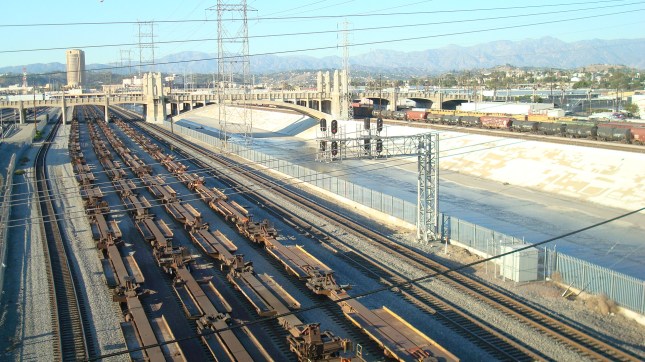 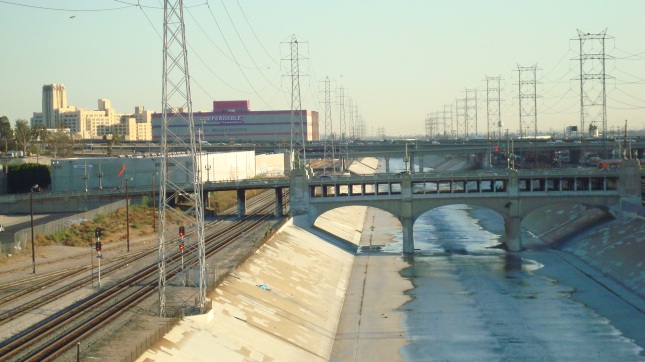 The river heading out of Downtown LA, on its way to Long Beach