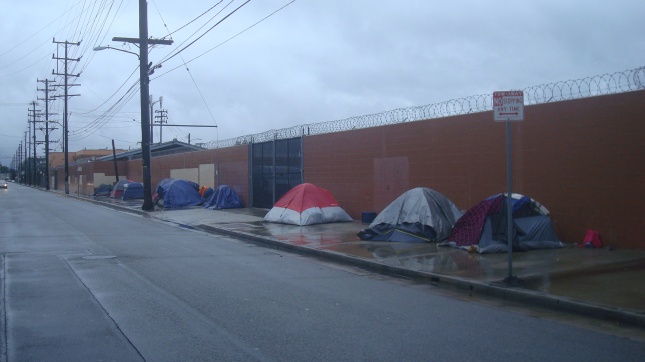 Yesterday the Los Angeles Homeless Services Authority (LAHSA) released the results of the 2020 count of the homeless population in Los Angeles. Once again, he results are shocking. In 2020, a total of 66,433 people experienced homelessness in LA County, a 12.7% increase over last year. In the City of LA, the total was 41,290, a 14.2% increase. But it’s not just the overall numbers. Digging into the statistics is disturbing on so many levels….

The press release highlights some of the positive work that LAHSA is doing, and I don’t doubt the agency is trying hard to address the problem. But it can’t. The real problem here is that housing is growing increasingly unaffordable, not just in LA but across the nation. Over the last several years real estate has become a huge draw for speculative investment. This isn’t just a local phenomenon, it’s a global one. The investors who have been buying up both single-family and multi-family housing in recent years have only one goal: To extract as much profit from their assets as quickly as possible. They have no interest in providing housing, and they don’t care how many people are homeless. (Unless, of course, those homeless people are camped out in front of their latest acquisition. Then they’re very concerned.) If you’re skeptical about these claims, I suggest you read Capital City by Samuel Stein. The author lays out the facts in horrifying detail.

But if you think the homeless numbers are bad now, brace yourself. It’s gonna get way worse. At the end of May, UCLA’s Luskin Institute on Inequality and Democracy released a report outlining the impacts the pandemic will have on housing. The report’s author, Gary Blasi, offers two estimates….

The most optimistic estimate is that 36,000 renter households, with 56,000 children based on U.S. Census figures for Los Angeles County, are likely to become homeless. If […] support networks have been severely degraded by the pandemic, those numbers could rise to 120,000 newly homeless households, with 184,000 children.

Sounds pretty bleak, doesn’t it? The report offers some good recommendations for policymakers and lawmakers, such as providing legal counsel for renters facing eviction and expanding rapid rehousing programs, but these will only mitigate the damage.

The root of the problem here is that many of our elected officials are basically pawns working for real estate investors. The Department of Justice’s ongoing corruption investigation in the City of LA has so far produced four guilty pleas, including one former councilmember. It’s almost certain that at least one current councilmember will be indicted, and the evidence released clearly indicates a widespread conspiracy that has turned the project approval process into a high-stakes pay-to-play game.

According to the LA Department of City Planning’s (LADCP) annual reports to the State of California, about 90% of new residential units approved in the City of LA from 2013 to 2018 were for Above Moderate Income Households. This means that the combined number of Low, Very Low and Moderate Income units approved each year comprised about 10% of the total. The LADCP, the Mayor and members of the City Council have repeatedy claimed that the high-end high-rises they’ve been greenlighting in Downtown, Koreatown, the Valley and elsewhere were going to help solve the housing crisis. At the same time, they’ve pushed for policies that incentivize the destruction of existing rent-stabilized housing. This appalling combination of greed, stupidity and denial has led us to where we are now.

I know they’re tough to look at, but I strongly urge you to read both the press release on the homeless count and the report from the Luskin Institute. The only way we’re going to get out of this situation is to take a long, hard look at the brutal facts.