The Mayor and the City Council recently declared that LA is in the throes of a homeless emergency. While I’m glad that our elected officials have finally decided to acknowledge how serious the problem is, they still haven’t offered any concrete plan of action. The promise of a hundred million dollars in funding is worthless until we know where that money’s coming from and how it’s going to be spent.

But I’d like to offer a suggestion on how to combat homelessness, and the people at City Hall should be glad to hear that they won’t have to spend a penny to implement it. My proposal is simple. I can give it to you in two sentences.

Stop the destruction of affordable housing.

Now, you may be saying, that’s ridiculous. The City doesn’t have the authority to do either one of those things. The Ellis Act, a state law, gives landlords the right to evict tenants if they decide they don’t want to be landlords any more. And the City can’t prevent a property owner from demolishing rental units if the owner does so within the boundaries of the law.

But the City can stop giving landlords incentives to do these things.

As the housing market heats up again, the potential to reap huge profits has drawn a slew of developers to LA. Speculators swoop into neighborhoods offering wads of cash to landlords, but they don’t just want to buy existing buildings. They’re interested in maximizing their profits, which often means kicking tenants out of rent-controlled apartments and either converting the units to condos or knocking the building down and putting up something larger.

And here’s where the City comes in. For developers to accomplish their goals, they often need to get the City to grant variances. They might ask the Department of City Planning to reduce the required setbacks from the sidewalk or neighboring buildings. Or maybe to relax the height limit. In some cases they ask the DCP to change the way an area is zoned, which could allow them to turn an apartment building into a boutique hotel.

All of these entitlements granted by the City increase the value of the property because they increase the potential for profit. The more money there is to made, the greater the attraction for investors. The more money investors offer, the greater the temptation for landlords to evict their tenants and sell the building. During the last housing bubble, this trend peaked in 2005 when over 5,000 rental units were taken off the market. When the recession hit, property values plunged and evictions dropped. But as the market heats up again, we’re seeing this practice becoming popular once more. In 2013, landlords took 308 units off the market. That figure more than doubled in 2014, rising to 725. And as long as housing prices continue to rise, you can bet that evictions will rise as well. For more details, take a look at this article from the KPCC web site.

Ellis Act Evictions in LA on the Rise

While there’s usually some negotiation involved when developers seek variances from the Department of City Planning, they usually get most of what they want. And as long as the DCP continues to hand out entitlements like candy, developers will feel confident that they can make tons of money by converting existing buildings to condos, small-lot subdivisions or boutique hotels. This means more people will be evicted, and more affordable housing will be taken off the market.

I’m not claiming that everybody who gets evicted ends up living on the street, but a significant number do. While I couldn’t fine any data on evictions leading to homelessness in Los Angeles, in New York the data shows that it’s a leading cause. Check out this article from CityLimits.

Evictions Are Top Driver of Homelessness

So if the City of LA is really serious aout tackling homelessness, our elected officials need to stop making it so attractive for landlords to evict their tenants. The Department of City Planning needs to start asking if the needs of wealthy developers outweigh the needs of renters on a limited income. Yes, we are dealing with a homeless emergency. The people at City Hall must start looking at the policies that have contributed to this situation, and think about the changes that need to be made.

Building shelters for people living on the streets is fine. But an even better approach would be to prevent people from losing their homes to begin with. As long as City Hall continues to put the needs of developers over the needs of its citizens, the homeless situation will only get worse. 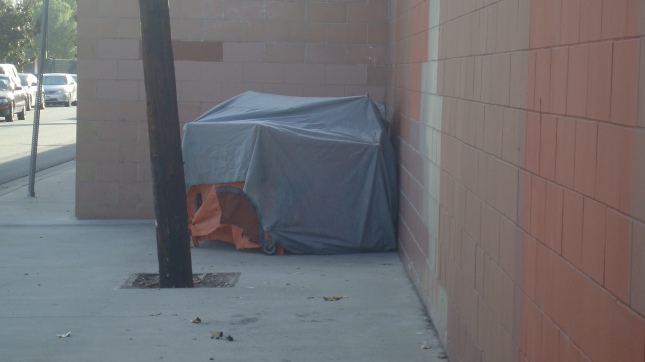