What’s the point of living in LA if you never go to the beach?

That’s a question I’ve been asking myself a lot lately. I love the beach, but I hardly ever get out that way. I guess it’s one of those things, you figure it’ll always be there, so you keep putting it off. But a few weeks ago, I made up my mind I was going out to Santa Monica.

It was a grey day, and I was wondering if anybody else would be out and about. The beach itself wasn’t very crowded. 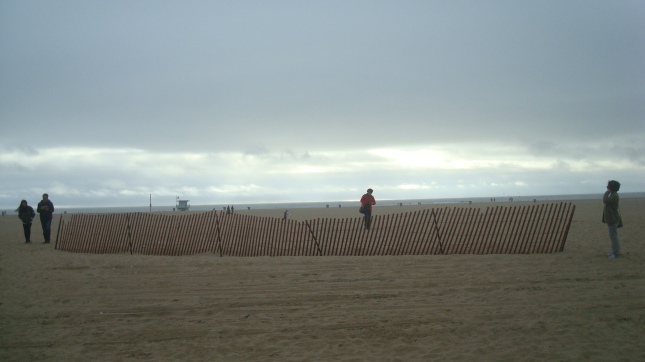 Not crowded with people, at least. There were plenty of seagulls. 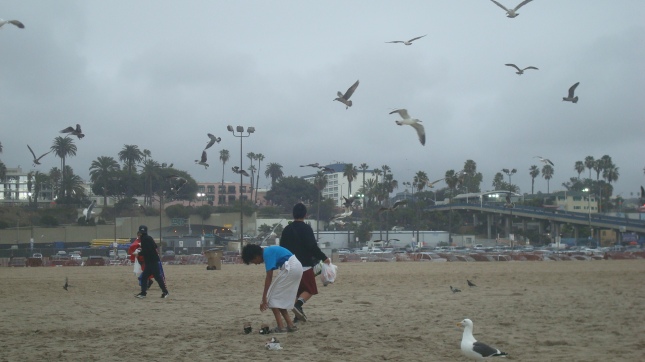 The pier was pretty lively, though. There were lots of folks strolling around, and lots of opportunities for them to spend their money. Aside from the amusement park and the restaurants, there was an artist doing portraits and a band playing for passersby.

People hanging out on the pier. 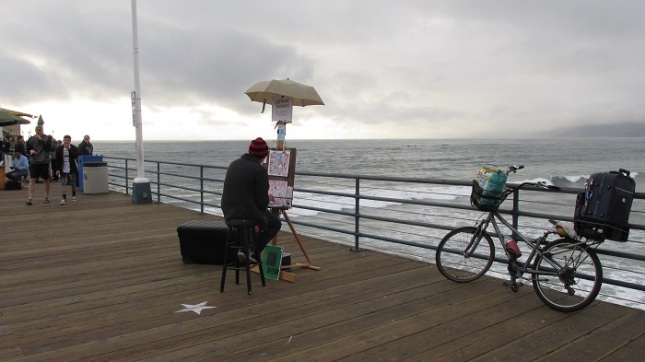 An artist waiting for customers.

Musicians setting up their stuff.

I was glad to see there was still an arcade. These days they’re almost extinct. But this one seemed to be doing decent business. 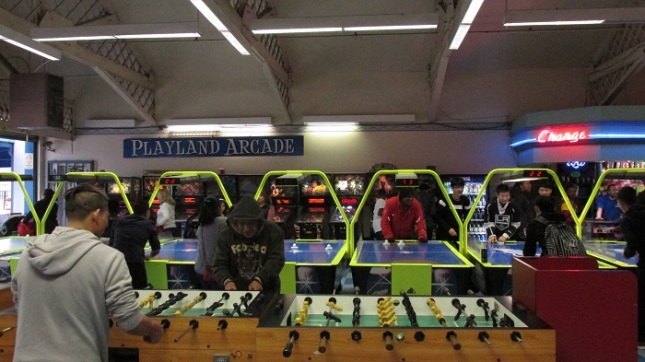 …though I didn’t see anybody playing skeeball.

How could you resist?

I don’t know why I’m so fascinated with arcades. I never play the games, but I like wandering through them. Maybe it’s just a nostalgic thing.

The amusement park was drawing plenty of customers. The kids on the Scrambler seemed to be having a great time.

The entrance to Pacific Park.

Spinning out on the Scrambler.

I love walking along the sand, but what really draws me to the beach is the ocean. 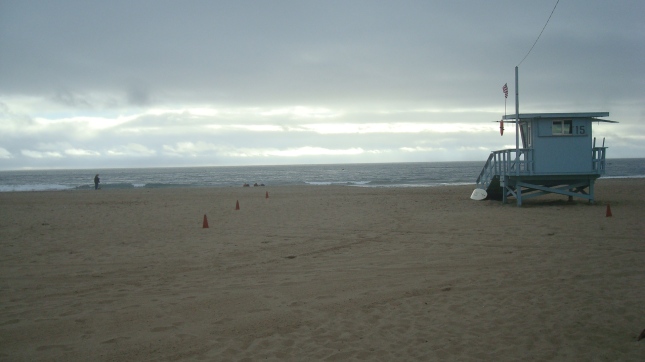 On the day I was there, it looked cold and grey and endless.

Heavy clouds hung overhead, but there was a rim of silver light lining the horizon. 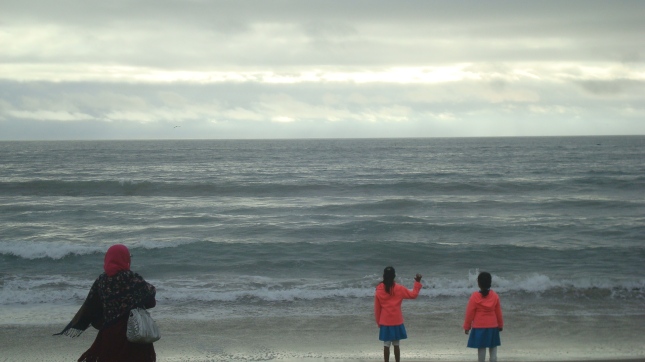 I was glad I came.