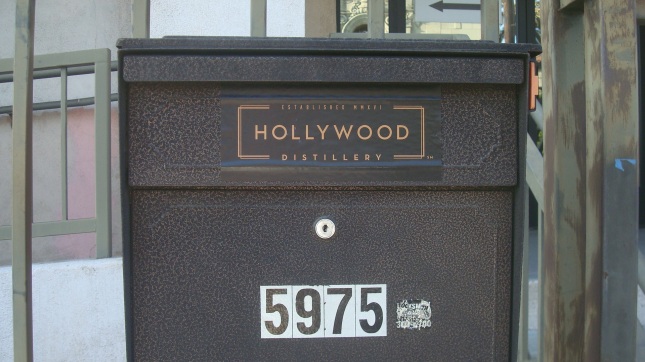 It’s been clear for a while that the Department of City Planning (DCP) doesn’t care much about how new development impacts communities, but a recent project approval shows a new level of reckless disregard for the safety of the people who live in LA.

Last year a company called Hollywood Distillery filed an application asking the City to allow the sale of alcohol for on-site and off-site consumption in conjunction with the operation of a craft distillery.  The distillery is located at 5975 Santa Monica Blvd., at the corner of Santa Monica and Gordon.  The site is zoned for commercial manufacturing, which you might think would include the manufacturing of spirits, and it might seem perfectly reasonable to allow Hollywood Distillery to sell their wares at the place they were being produced.

When I first heard the project was being appealed, I was puzzled.  Lots of places brew alcoholic beverages and have tasting rooms on site.  It seemed totally natural.  I couldn’t see a problem.

But there is a problem.  A serious one.

Distilleries are a special case.  They shouldn’t be considered alongside other typical manufacturing uses. Why?  Because sometimes things explode at distilleries.  Check out the following news articles.  They’re all reporting on incidents that happened in the US within the last year.

So you say, okay, a distillery might be dangerous.  But if the site is zoned for commercial manufacturing, it’s in an industrial area away from crowds of people.  Unfortunately, that’s not the case here.  This distillery is right next to a primary school.

Hollywood Primary Center serves pre-school through third grade students.  It’s located directly behind the distillery.  The only thing that separates the two is a wall about eight feet high.  And while the stories listed above involve a relatively small number of people who were injured or killed, accidents at distilleries can get much worse.  Check out this article from the National Fire Protection Association.  The article specifically mentions the danger of putting a distillery in an area where there could be a risk to the public.

The building that houses Hollywood Distillery at Santa Monica and Gordon.

The school playground appears to lie about 50 feet from the distillery.

So the Central Area Planning Commission heard the appeal on July 24, and of course they denied it.  The distillery got the green light.  The Commissioners specified that the Department of Building & Safety (DBS) and the LA Fire Department (LAFD) had to review the site before permits were issued, but that’s not good enough.  Property owners violate conditions of approval all the time in LA, and there’s rarely any meaningful enforcement.  And even if everything is in order when City personnel inspect the property, there’s no guarantee things will still be in order six months down the road.  Assuming DBS and LAFD allow this to go forward, we basically have to trust the owners to follow the rules.  I’m sure they have no intention of allowing an explosion, but I’m also sure the owners of the distilleries in Pennsylvania, Texas, and New Jersey had the same intentions.

No Distilleries Next to Schools!

And please copy the City of LA’s Director of Planning, Vince Bertoni.