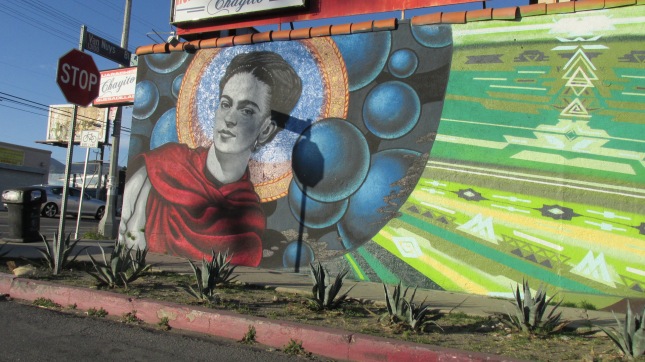 Years ago I worked at The Museum of Contemporary Art (MOCA) in Downtown. I loved working there, because it meant always being around art. That was very cool. But after a while, I started to realize there was a problem with museums. Just by their nature, they put barriers between the art and the audience. For instance, MOCA had a Rauschenberg combine in its collection. When it was first shown back in the 50s, it was an interactive piece and the artist expected people to touch it. But by the time it was acquired by the museum, the combine was worth over a million bucks, and if you tried to touch it, the security guard would freak out. Unfortunately, that’s what happens when artists become icons and their work ends up in institutions.

So it’s really cool when artists make work that’s always accessible to its audience. Art that’s part of the daily life of the community. That’s why LA’s murals are so important. They’re not sitting in a temperature controlled gallery surrounded by security guards. They’re out there on the street, in the midst of the community. And Pacoima is one community that’s extremely lucky in this respect. The streets there are loaded with murals. They come in all sizes, shapes and colors. They can be poetic, patriotic or political. Many feature pop culture icons, but some of them are all about ideas. 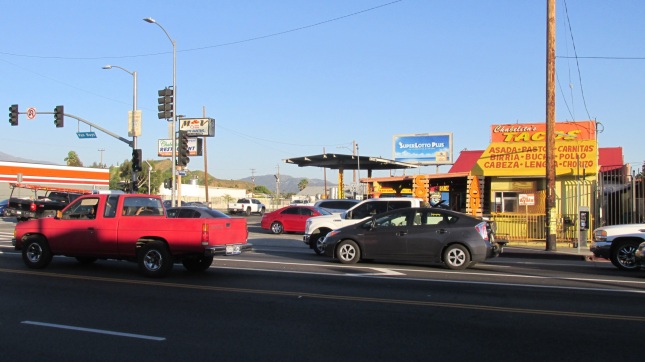 Once you get to Pacoima, it’s not even like you have to go looking for the murals. Just head up Van Nuys Blvd. and the art starts jumping out at you. This community has actively supported local artists, and it’s important to emphasize that this is a community effort. While individual artists put their names to the finished work, these murals are a team effort, and often they list the names of the many people involved in making it happen.

Lady of the Valley by Levi Ponce, near Van Nuys and Arleta

Born in East Valley by Levi Ponce, at Van Nuys and Bartee

LA has come to be known as a mural mecca, but City Hall hasn’t always treated these artists well. In 2002, to settle a longstanding dispute with billboard companies, an ordinance was passed to make murals illegal. But it got worse. In the years that followed, the City obliterated a number of these works by painting them over. One article I read said that 300 murals were lost, but it’s probably impossible to calculate the real number. The City passed an ordinance to lift the ban in 2013, and since then artists have been making up for lost time. It’s weird, though, because while the City went after illegal murals with a vengeance, it’s never taken any serious action to crack down on illegal billboards. I bet if the artists had been able to shower our elected officials with campaign cash like the billboard companies have, there never would have been a ban in the first place.

Sacrificing to Protect by STP Foundation, near Van Nuys and Vena 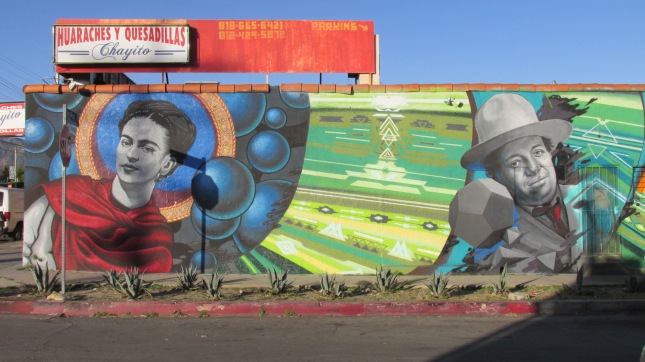 Pacoima Kahlo* by Levi Ponce, at Van Nuys and Ralston

Many of the murals celebrate pop culture icons, like the two pictured here featuring Ritchie Valens and Elvira. 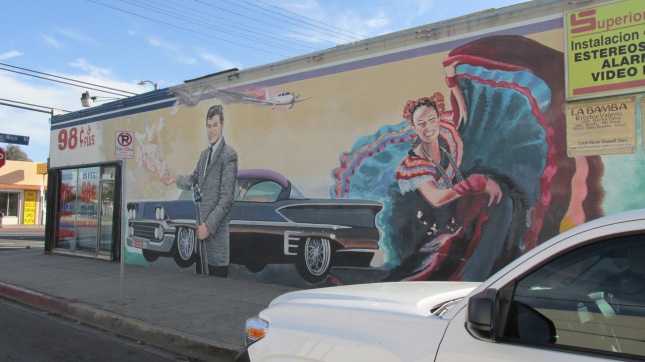 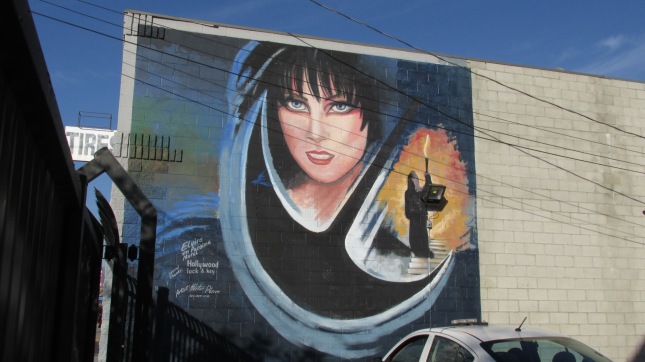 But they also focus on lesser known names, people whose lives and work have a meaning to those in the community. 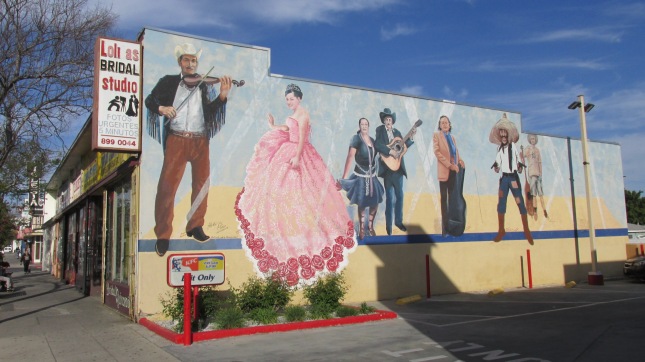 This isn’t a mural, but it caught my eye. The caricature of Cantinflas, a forgotten star from another age, painted on the front of a shuttered fast-food stand, seemed both funny and sad at the same time.

Freedom Fighter by Kristy Sandoval, at Van Nuys and Pala

Decolonized by Kristy Sandoval, at Van Nuys and Bradley 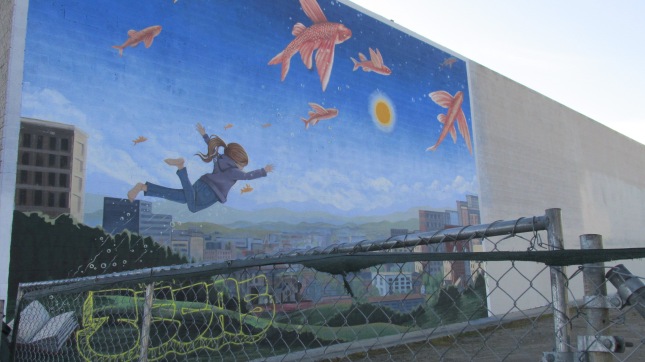 Without Boundaries by Levi Ponce, at Van Nuys and Haddon

There’s plenty of awesome art in Pacoima, but you can find murals all over LA. If you want to see more, The Mural Conservancy of Los Angeles is a great place to start. If you haven’t been to their web site already, you need to pay them a visit.

The Mural Conservancy of Los Angeles

*  This seems to be the second mural featuring Frida Kahlo by Levi Ponce at this same location.  I found an earlier version on the net that had the title Pacoima Kahlo, but I’m not sure if that title applies to the current version.