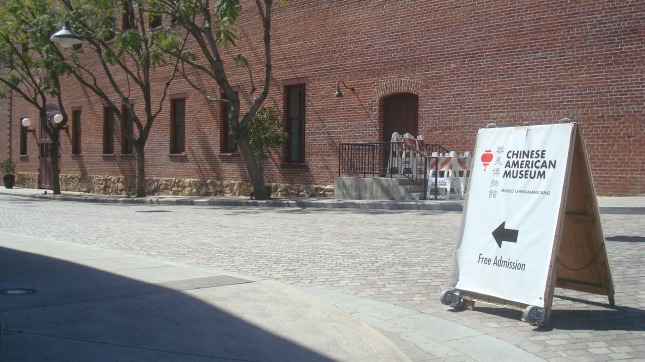 A while ago I read in the LA Weekly that the Chinese American Museum was presenting an exhibit about the Asian American activist movement from the 60s through the 80s.  It caught my attention for two reasons.  First, I had no idea that Asian Americans played a significant part in that era’s counterculture.  Second, I didn’t even know we had a Chinese American Museum in LA.  So I figured it was time to learn more about both.

It was well worth taking the trip to Downtown.  The museum is in a historic building just off the plaza at El Pueblo de Los Angeles.  Before I even got to the exhibition about Asian American activism, I spent some time with two smaller shows on the ground floor.  Journeys and Origins deal with Chinese migration to the US and the formation of Chinese communities in LA.  These shows are small, but beautifully put together, with a rich collection of artifacts. 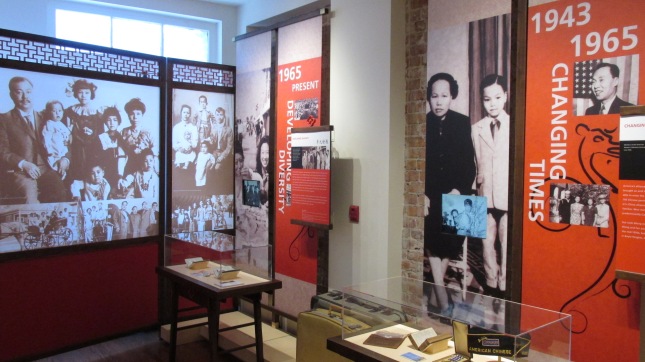 Exhibits on the first floor document Chinese migration to the US. 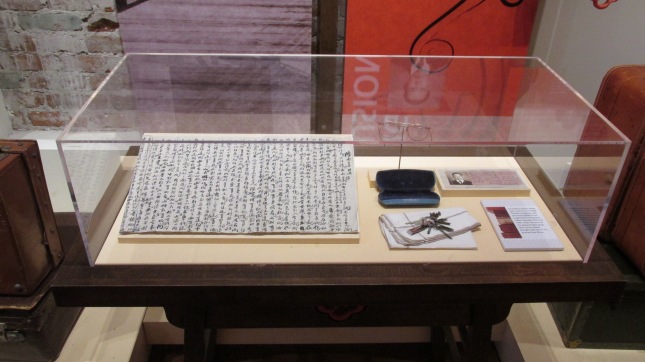 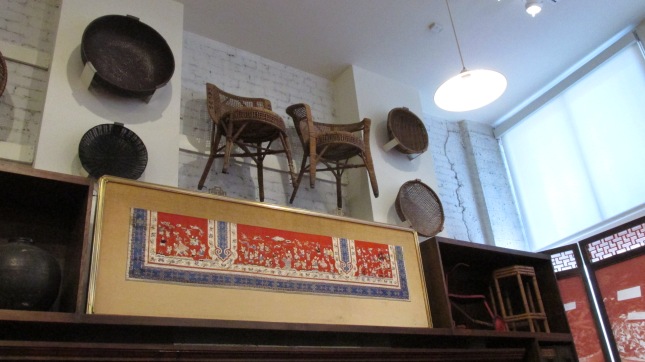 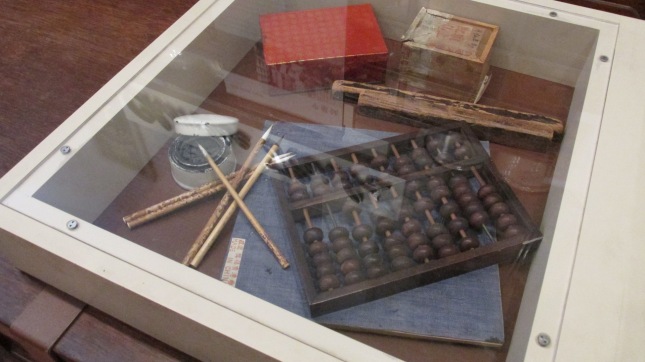 Does anyone under 40 even know what an abacus is?

Then I went upstairs to check out the main attraction, Roots, Asian American Movements in Los Angeles, 1968-80s. 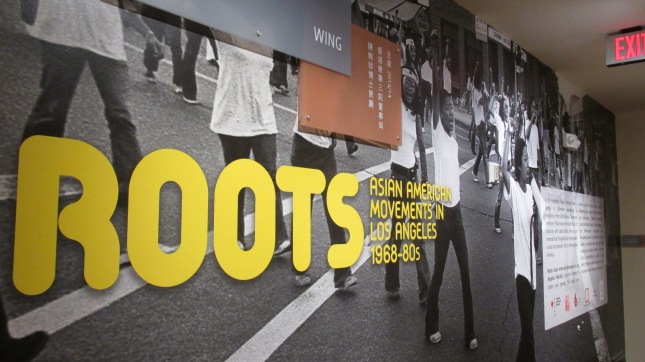 This show was a real eye opener.  Like I said before, I had no idea Asian Americans were so much a part of the counterculture in the 60s and 70s.  In one respect what they accomplished is even more impressive than the Black and Latino movements, because the Asian community was so much more diverse.  Activists representing Japanese, Korean, Chinese, Filipino and other cultures made a conscious effort to work together to push for change.  These groups did not have a shared history, and at times had been bitterly divided, but they realized they had a better chance of being heard if they spoke with one voice.

Silkscreened T-shirts were one way of spreading the message.

Activists worked to address a variety of issues. 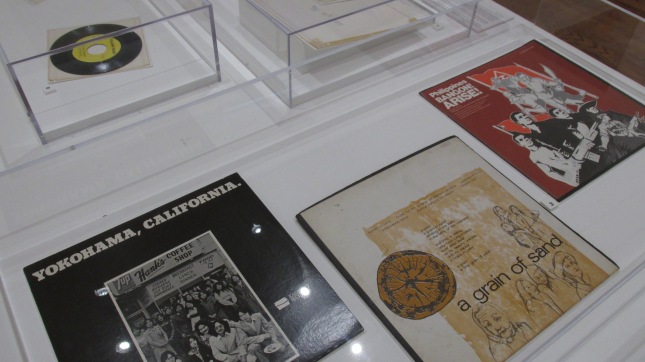 Music was another way of reaching out. 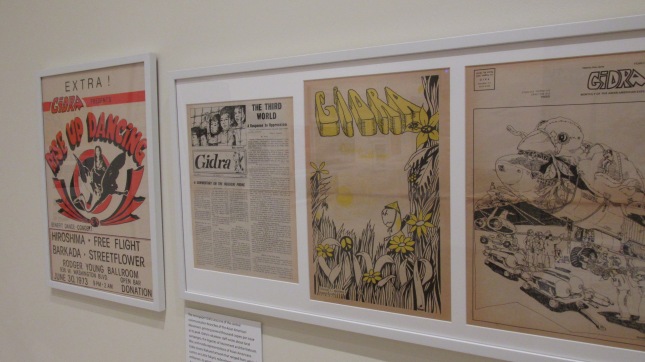 Gidra published news, commentary and art from 1969 through 1974. 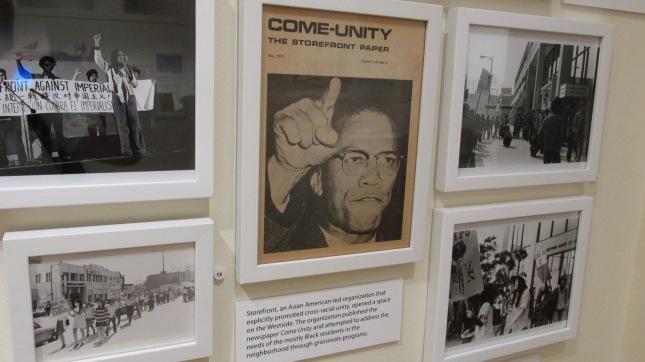 In the 60s pop culture was exploding, and members of the movement recognized that mass media was a powerful tool for getting the word out.  The show includes records, magazines, posters and other artifacts from the era.  Staging concerts, printing posters and making T-shirts helped spread awareness beyond the community.  While these activists addressed issues that affected Asian Americans, they also reached out and forged bonds with the wider protest movement.  It was a time when boundaries were being erased, and people of all kinds were coming together to address the problems facing the country.  If only we could revive that spirit these days. 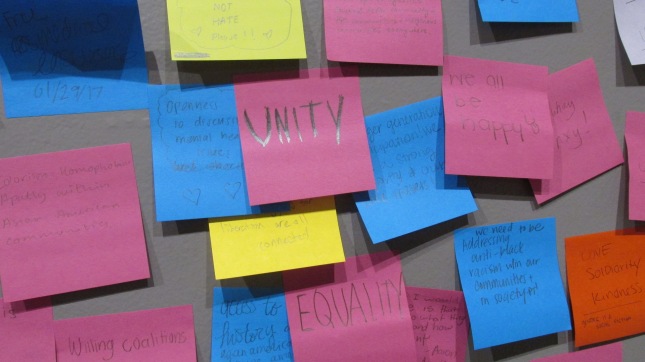