Los Angeles is notoriously behind the curve when it comes to providing public parks for its citizens. In rating 100 US cities on their park systems, The Trust for Public Land put LA at number 74. And while the city as a whole is lacking in public space for recreation, there are some neighborhoods where the need is especially acute.

Like Koreatown. This dense urban community has plenty of asphalt and concrete, but not much green space. So it’s disturbing news when a proposed project threatens to take away one of the few parks available to residents.

Liberty Park was completed in 1967 as part of Beneficial Plaza on Wilshire Blvd.. Designed by Peter Walker, its graceful curves and striking contrasts make it a unique experience. Walker was just starting his career in the 60s, but has since been become an internationally recognized landscape architect.

A view of the park facing away from Wilshire. 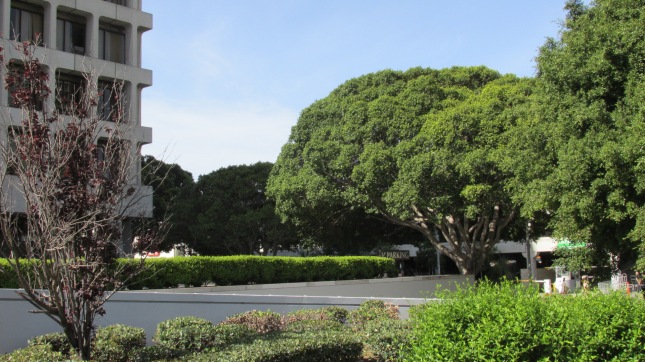 The park provides much needed green space in Koreatown.

Liberty Park provides a quiet space in the middle of a busy urban area. 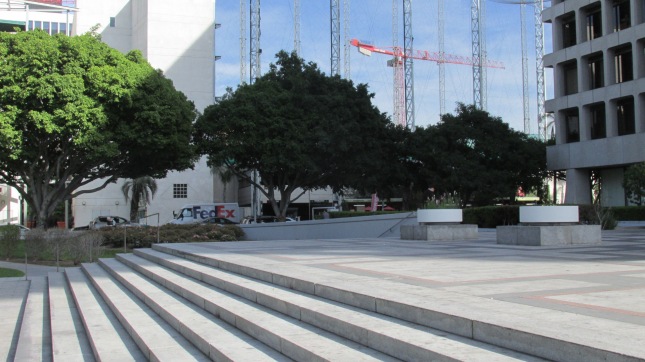 The park sits at the foot of the former Beneficial Plaza.

But even more important than the park’s design is the place it holds in the community. In an area where parks are scarce, this is one of the few places where people can escape to relax on the grass or read in the shade of a tree. It’s also been a gathering place for the community, whether to celebrate Earth Day or to rally behind the South Korean team during World Cup Soccer. 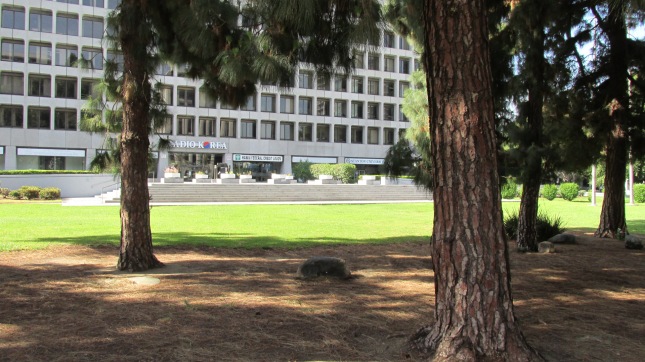 Looking through the trees toward the building that now houses Radio Korea. 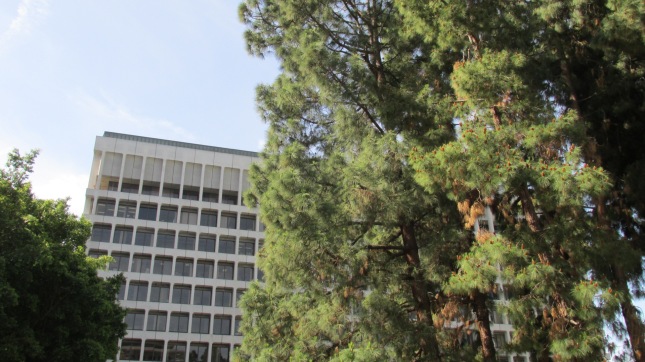 Looking up from beneath the trees.

The proposed project is a mixed-use complex rising 30+ stories, and if approved in its current version it would reduce Liberty Park to nothing more than a few scraps of green space. It’s frustrating that the City of LA only required the developers to prepare a Mitigated Negative Declaration (MND) for this new complex, allowing them to get away with a relatively low level of environmental review. It’s even more frustrating that the MND concludes that this project will have no impact on historic resources. This is ridiculous. Beneficial Plaza as a whole holds in important place in the area’s history, and there’s nothing else like Liberty Park in all of LA.

A view of the park facing Serrano.

A view of the park from the Oxford side.

But it’s not too late to preserve this beautiful and unique public resource. A group called Save Liberty Park has been working hard to raise awareness, and hopefully they can get City Hall to change course on this. They need your help. Here’s the link if you want to get involved.