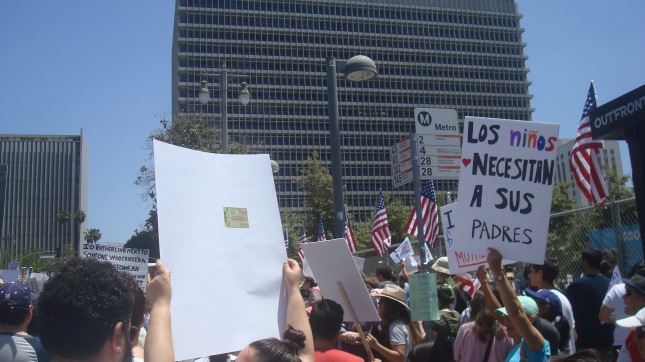 If you’ve been following the news for the past few weeks, you don’t need me to tell you that there’s been a nationwide uproar over the separation of immigrant children from their parents. Today demonstrations were held across the US to protest this practice, and to demand that children still in detention be reunited with their families.

Thousands of people gathered in Downtown to hear a range of speakers. Numerous organizations were represented, including CHIRLA, Black Lives Matter, ACCE, and the Korean Resource Center.

Participants marched from Broadway down First street to Alameda, and then to the Metropolitan Detention Center (MDC). Just to be clear, the children being detained are not at the MDC. Those in California are being held at smaller facilites throughout the state. 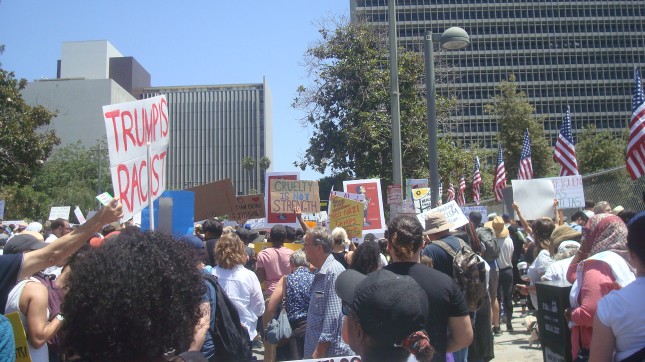 While this country was built by immigrants, the criminalization of people crossing US borders is nothing new. Waves of hysteria regularly sweep across the nation, inciting fear and hatred of people who come here to escape persecution or build a better life. This most recent chapter is frightening, but it is just one more chapter in a long history of demonizing immigrants.

I didn’t get a shot of it, but there was one poster that I thought summed things up well. It said….

“France Wants Their Statue Back” 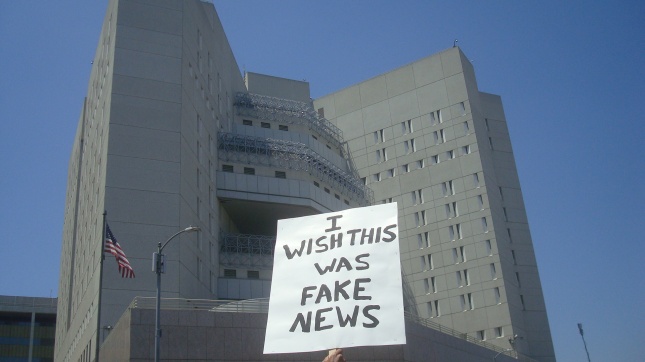