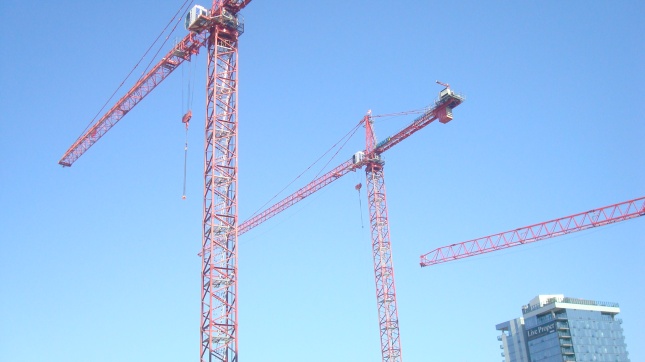 Hotel construction is booming in Hollywood. Obviously, tourism is big business and brings a lot of money into the area, so it makes sense to build accommodations for visitors. But there are also tens of thousands of people who actually live in the community, and they need to be considered, too. Is City Hall thinking about them? Why don’t we ponder that question as we do a quick rundown of the hotels that are coming to Hollywood. It’s quite a list. We’ll start with the ones that are currently under construction. 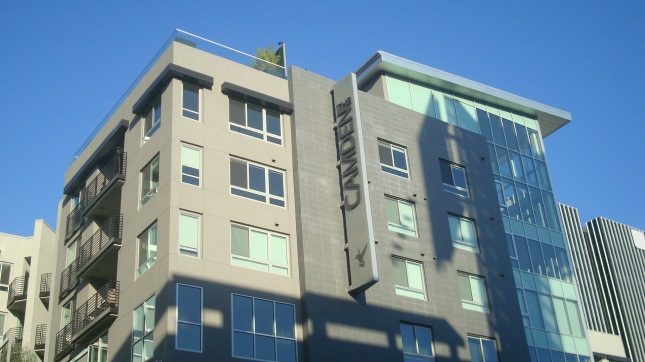 The Camden
There’s the nearly completed Camden at the corner of Vine and Selma. In addition to the beautifully appointed rooms, the Camden also offers a heated saltwater pool, a movie lounge, a dog den, and the “The Garden”, a “quiet zen filled space to meditate and reflect.” 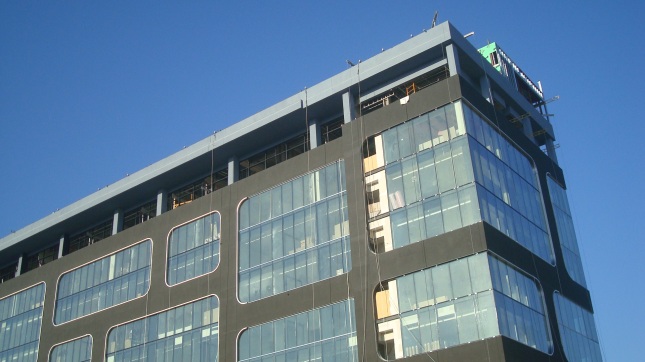 Dream Hollywood
According to the web site, “Dream Hollywood is an ultra-luxury merger of familiar and fantasy, where the line between entrée and exclusivity is refreshingly blurred.” Geared toward the “creative class”, it offers 179 “hyper-chic, yet comfortable” rooms and suites, along with a rooftop pool, restaurant and lounge “destined to become a player in the Hollywood skyline scene.” 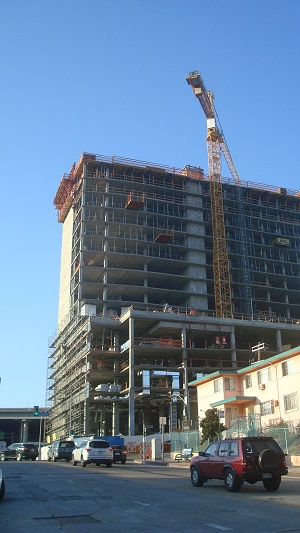 Argyle Hotel
Currently under construction, the Argyle Hotel will rise 16 stories above the intersection of Yucca and Argyle. It will feature 225 rooms, 6,000 square feet of meeting space and 3,000 square feet of restaurant space. There are also two residential high-rises planned for this same intersection, one already under construction. Afternoon rush hour traffic on Argyle is already pretty bad. Expect it to get way worse. 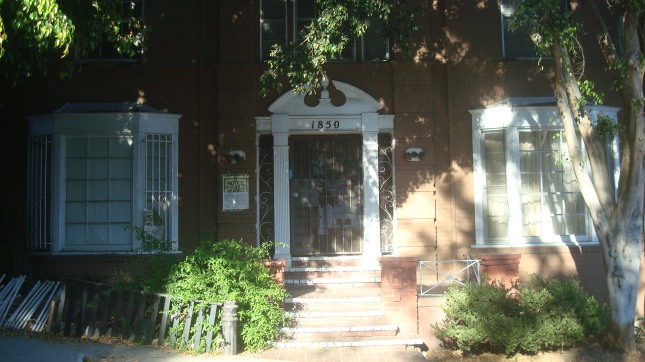 1850 Cherokee
The owner of this formerly rent-controlled apartment building realized he could make more money by evicting the tenants and turning it into something else. He used the Ellis Act to get rid of the residents a few years ago, saying that he was going to build condos on the site. When that project fell through, he decided to turn the building into a boutique hotel. The owner asked the City for a zone change to make it happen, and no surprise, the City let him have it.

A similar scenario has also played out at the historic Villa Carlotta on Franklin. The owners evicted the tenants from their rent-controlled units with the aim of turning it into a boutique hotel. It was only through the efforts of dedicated activists that the change of use was thwarted. But the evictions have already taken place, and 50 rent-controlled units were taken off the market. 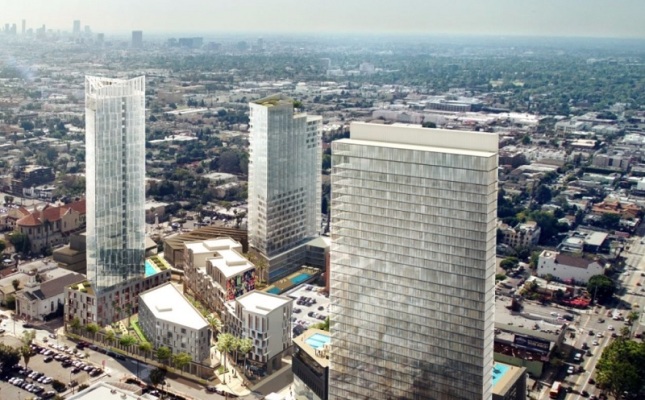 Crossraods Hollywood
This massive project would be situated near the intersection of Sunset and Highland. Three skyscrapers are planned, including a 32-story hotel tower featuring 308 guest rooms and 10,500 square feet of ground-level retail and restaurant space. The developers are also asking for a Master Conditional Use Permit for “the sale of alcoholic beverages and for live entertainment in connection with a total of 22 alcohol-related uses”. You read that right. Twenty two new places for folks to buy alcohol in this one project. In addition, approximately 80 rent-controlled units will be demolished to build this behemoth, which the developer says will be replaced by approximately 80 affordable units. Even if the current tenants are granted right-of-return, where they’re supposed to live during the construction phase isn’t clear. 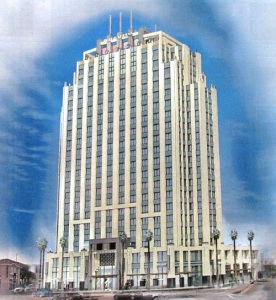 Ivar Gardens
The Department of City Planning(DCP) decided this 21-story hotel at the extremely congested intersection of Sunset and Cahuenga didn’t need a full Environmental Impact Report. Instead, planners have been trying to rush this through with a Mitigated Negative Declaration, a much lower level of environmental review. The traffic study claims that PM rush hour traffic northbound on Cahuenga flows freely with no significant delays. Anyone who’s made that trip at rush hour knows how ridiculous that claim is. But that didn’t stop the LA Department of Transportation from approving the report. Just further proof that when a developer with deep pockets wants something to happen, the City of LA is only too happy to oblige.

1919 Wilcox
One more example of how Hollywood area developers are pushing hotels into residential neighborhoods. While a small hotel does exist on Franklin just to the south, apartment buildings are directly adjacent to this proposed project on the north and west boundaries of the site. Residents were not happy to learn that they might have a 6-story, 150 room hotel next door. It didn’t help matters that the developer is seeking a liquor permit for a 1,200 sq. ft. bar/lounge in the lobby and a 3,500 sq. ft. restaurant/lounge on the north side of the site. Who cares if Chief Beck has written to the DCP warning about the oversaturation of locations that serve alcohol in Hollywood and the resulting problems with violent crime? Certainly nobody at the DCP. They keep handing out liquor permits like there’s no tomorrow.

1717 Wilcox
Also on Wilcox, but closer to Hollywood Blvd., is this planned 134-room hotel with a 2,500 sq. ft. ground floor restaurant and a rooftop bar. You can never have too many rooftop bars, right? Who cares if the people in the apartment building next door don’t like it? And as traffic on Cahuenga continues to spill onto neighboring streets, you can bet these two projects will help turn Wilcox into a parking lot at rush hour.

The point of all this is not to say that we shouldn’t have hotels in Hollywood. The point is that these 8 hotels are just a few of the over 60 projects currently proposed for the Hollywood area. All of these projects will have impacts on infrastructure, air quality, traffic, and LAPD response times, but the City of LA isn’t making any serious effort to assess the cumulative effects of all this development. Whenever possible the DCP tries to approve these projects with a quick MND, and even when they do an EIR there’s no credible attempt made to calculate the collective impacts caused by this massive building binge. The Hollywood Community Plan Update was thrown out by a judge, in large part because the City inflated its population figures, but that hasn’t stopped the City from going full speed ahead. With no community plan in place, the DCP continues to approve thousands of new residential units, hundreds of thousands of square feet of commercial, and who knows how many new hotels.

No doubt all these classy new hotels will make Hollywood a great place for tourists. Just not so great for the people who actually live in the community.