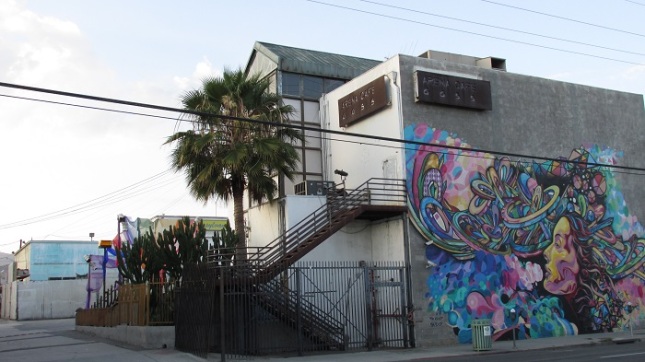 When a proposed project might have significant impacts on the surrounding community, state law requires the developer to prepare an Environmental Impact Report (EIR). In theory, this is a good thing. The idea is to make sure that negative impacts are identified so that everyone is aware of how the project will affect the area. In practice, the whole EIR process is questionable. The basic problem is that the developer is the one who pays for the report, which means that it almost invariably focusses on the positive impacts, and either minimizes or ignores the negative impacts.

This is exactly what’s happing with the Lexington Project. The developer wants to build almost 700 residential units on a city block between Lexington, Santa Monica, Las Palmas and Seward. The EIR tells us it’s a terrific project with numerous benefits for the area. But there a lot of the people in the community who see things differently.

The aspect of the project that’s gotten the most media attention is the fact that the developer will be demolishing the Circus Disco. You may be wondering why this is a big deal. Hollywood is full of places to dance. But the Circus is an important landmark for the LGBT community in LA, and especially for non-white gays and lesbians. Back in the 70s, when disco was big, there were plenty of clubs where gay men could party all night long. Unfortunately many of those clubs didn’t admit blacks and Latinos. But the Circus Disco was open to everyone, and it’s been cherished for years by the LGBT community because of that.

But while the EIR mentions the Circus in its survey of structures on the property, the report concludes that, “… [N]one of these buildings appears eligible for listing in the National Register, California Register, or for local City of Los Angeles Historic-Cultural Monument designation.”

This is interesting. Sure, it would be hard to make a case that the Circus was significant enough to make the national or state registers. But are they saying it’s not a significant part of LA history? If so, it seems that the City of LA’s Office of Historic Preservation has a different view. Survey LA is a program initiated by the OHR to document significant buildings. Last year they released a document entitled LGBT Historic Context Statement which gives an overview of the community’s history and identifies potential landmarks. And the Circus Disco is on the list.

But it’s not just the Circus that’s threatened. The French Market and Catch One, both of which hold a significant place in the LGBT community, may soon be gone. And let’s not forget that back in 2011 the building that originally housed A Different Light, an early gay bookstore, was demolished. That was the same year that the Spotlight, according to some the oldest gay bar in Hollywood, closed its doors. The building still stands, but now it’s just another upscale nightclub. It does seem like the LGBT community is losing a huge chunk of its history.

Not that any of us should be surprised. Preservation has never been a high priority in LA. Groups like the Los Angeles Conservancy and Hollywood Heritage keep fighting to save these buildings, but City Hall seems more interested in keeping the developers happy.

If you want to learn more, this article from the Daily News offers a good summary.

Disco to Become Site for Condominiums

Mural on the front of the building

2 thoughts on “Landmark? What Landmark?”