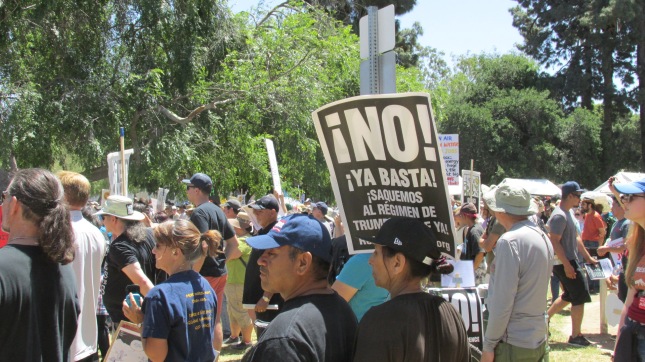 The communities clustered around the Ports of Los Angeles and Long Beach face higher health risks due to contamination than any other part of LA.  With diesel trucks, heavy machinery, oil refineries and industrial waste all causing impacts on the local enviroment, the people who live in this area have suffered from the effects of toxic air, toxic water and toxic soil.  They’re getting it from all sides.

Thousands of people showed up for the march.

A shot of the crowd with the stage in the background.

So the People’s Climate March had a special meaning for the folks who live in these communities.  Last Saturday, April 29, there were demonstrations in cities across the US, and here in LA protesters congregated in Wilmington.  They started with a rally in Banning Park, and then marched to the nearby Tesoro Refinery to voice their fears about increased levels of contamination. 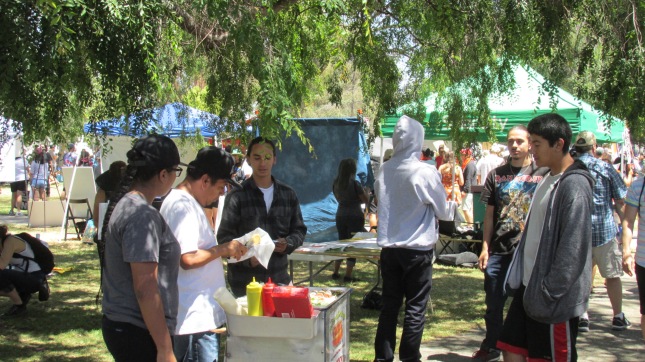 And they gotta check their cell phones.

Jane Fonda and Robert Kennedy, Jr. both showed up at the rally to talk about the importance of protecting the environment.  Representative Nanette Diaz Barragán gave a fiery speech, railing against the injustice of subjecting low-income familes to hazardous levels of contamination. 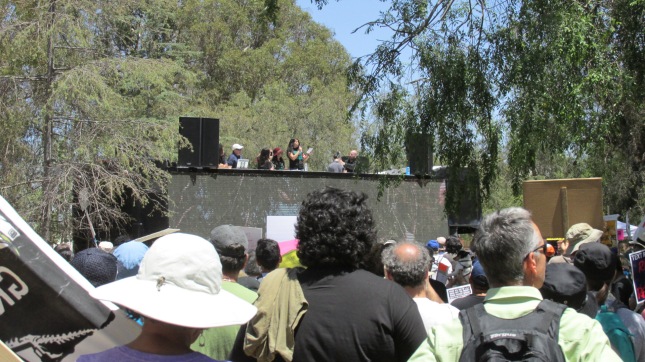 The crowd gathered in front of the stage. 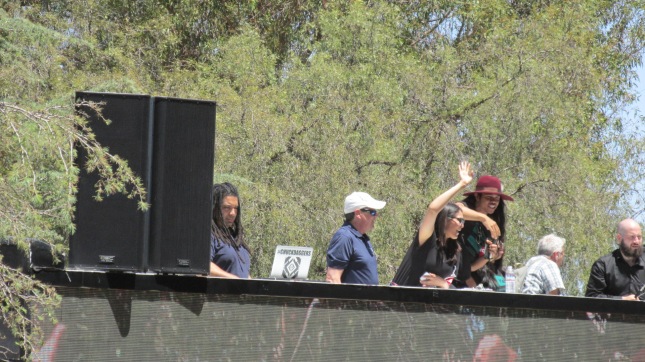 Representative Nanette Diaz Barragan lays it down for the crowd.

It does seem crazy that at a time when the vast majority of scientists agree on the dangers of climate change, the US government is doing everything it can to roll back environmental protections.  But this isn’t the first time we’ve seen politicians put corporate profits above the public good.  Which is why we have to keep reminding them that they were put in office to serve us. 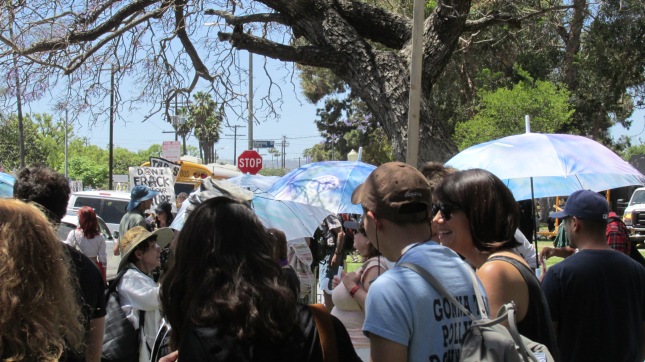 Protesters getting ready to march. 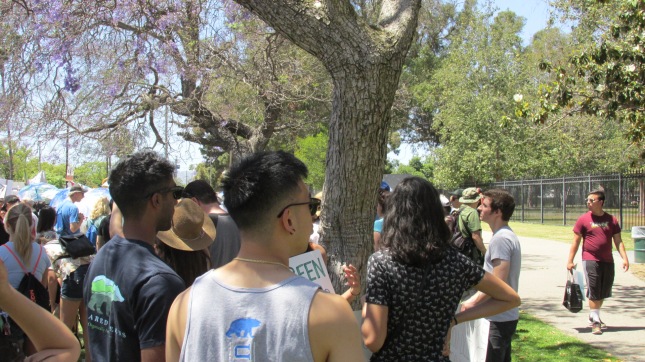 It took a while to get things started. 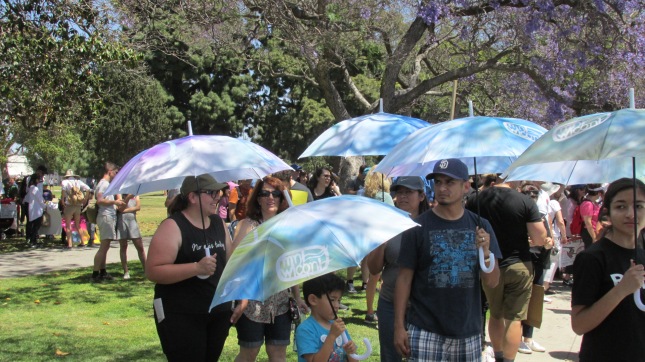 Marching is good.  Staying engaged with your elected officials is even better.  This is going to be a long fight, but we’ve won before, and we can win again.