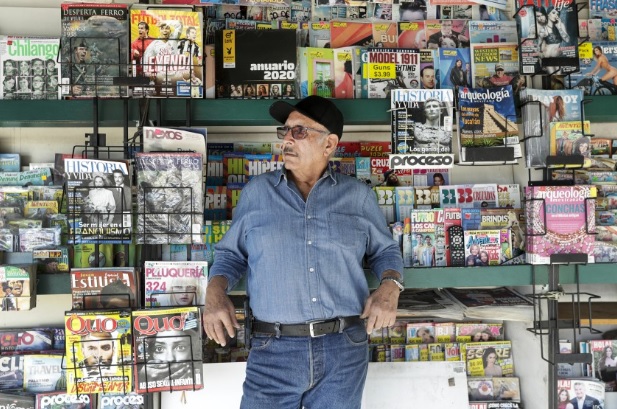 Today the LA Times ran a story on a newsstand in Boyle Heights that will probably be closing this year. Like so many other casualties of the rise of digital media, newsstands are a dying breed. While you can still find a few here and there in LA, most are long gone. In my own neighborhood, Universal News, (used to be on Las Palmas) has been closed for years, and World Book & News (1652 Cahuenga) has drastically reduced its stock. I know the odds are that one day it will close down, too.

While I hate to see newsstands disappear, I know that change is inevitable. As advances in print technology in an earlier era gave rise to newsstands and made them a part of the fabric of our cities, advances in digital technology have now marginalized newspapers and magazines.

In theory, print news and digital news should be the same. In reality, the shift has led to a huge change in the way the news is reported and consumed. The internet allows us instant access to news outlets all over the world, which seems like an incredible opportunity, but the promise is different from the reality. It allows us to search for the news we want to read, often to the exclusion of news that we should read. And while we now have what seems like an infinite number of sources to choose from, I feel like that allows most of us to subscribe to the sites that tell us what we want to hear.

One of the most damaging casualties of the rise of digital media is the loss of local reporting. Twenty years ago in LA, both the Times and the Daily News had beat reporters covering City Hall and the various city departments. They knew the landscape, they had the connections, and they kept the public apprised of what our elected officials were doing. Now, with both papers having slashed staff over the years, reporting on City Hall is sporadic, and our electeds have found they can pull all sorts of stunts with very little public scrutiny.

Here’s the link to the story about the newsstand in Boyle Heights. A small piece of LA history that’s about to disappear.