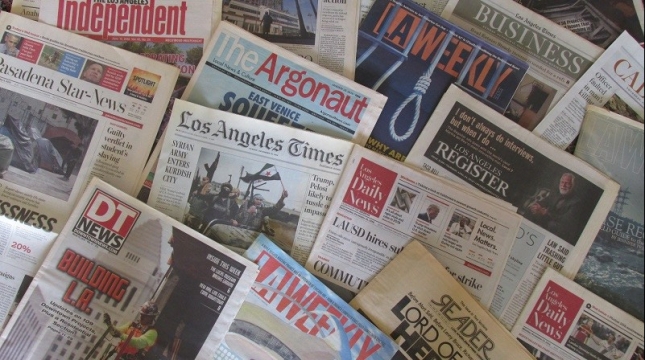 Obviously, the impacts of the pandemic we’re experiencing have gone far beyond just threats to human health. It’s devastated numerous industries, and in many cases we can’t even predict the long-term effects.

Local newspapers are getting hammered by the outbreak. As businesses have been shuttered, they’ve stopped spending on advertising, and this has been catastrophic for newspapers small and large. The loss of revenue has forced the LA Times to close down three local papers it published, the Burbank Leader, Glendale News-Press and La Canada Valley Sun. No doubt we’ll see more closures in the not-too-distant future.

Publications that report local news have been declining for years, and as that has happened, Americans are less and less aware of what’s going on in the cities they live in. Did you know that the City of LA was facing annual budget shortfalls of $200 million to $400 million before the pandemic even hit? Did you know transit ridership in LA County has been declining for years and is down about 20% since 2013, in spite of the fact that taxpayers have spent billions to build new rail lines? Did you know that the State requires cities to recycle 50% of their solid waste, but that the RecycLA program hasn’t even hit 35%? If you didn’t know these things, it may be because you’re relying on TV or social media to get your information, instead of experienced journalists who know how to report hard news.

Local news is crucial to keeping people informed. If you don’t know what your elected representatives are up to, there’s no way you can make an informed decision when you go to the polls.

The LA Times has done an excellent breakdown of this frightening situation. I urge you to read it. And then, if you don’t already subscribe to a local paper, get on-line and sign up.

Coronavirus Crisis Hastens the Collapse of Local Newspapers. Here’s Why It Matters

3 thoughts on “Local News Is Dying”