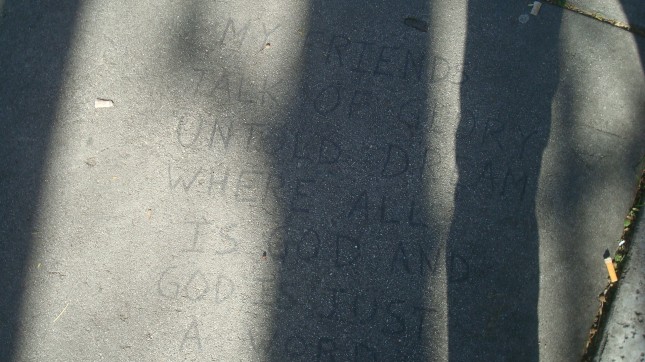 Walking around LA you see messages all over the place. I’m not talking about ads or street signage. I’m talking about messages posted by individuals. These might be handwritten or printed, they might be taped to a streetlight or scrawled on the ground.

This first shot was taken in Panorama City in front of a vacant house that some homeless people were camped out in. Just a straightforward plea from someone who’s trying to get their stuff back. 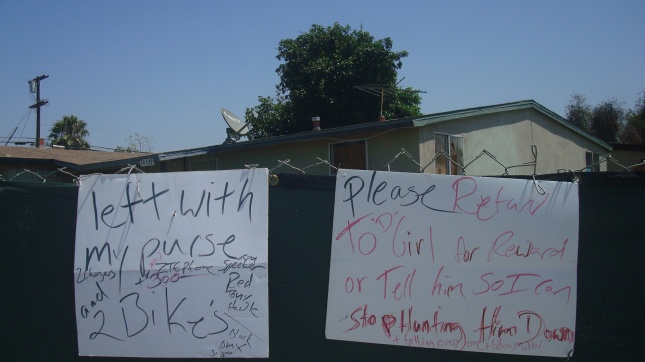 I found this next one on the sidewalk as I was walking down Lankershim in Studio City. Really sad and disturbing. This is obviously someone who’s mentally ill, and feeling pretty desperate. 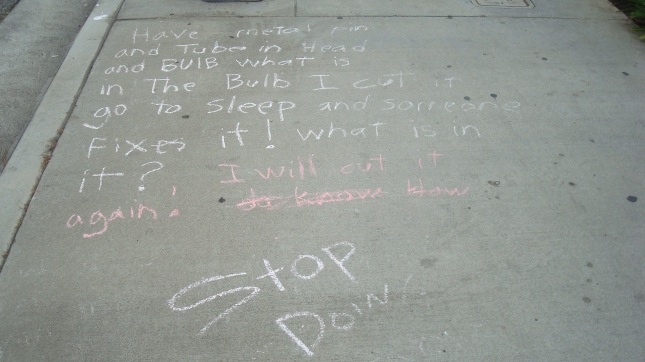 And I found this one a little farther down the road.

Some people have ideas about how to solve the country’s problems. 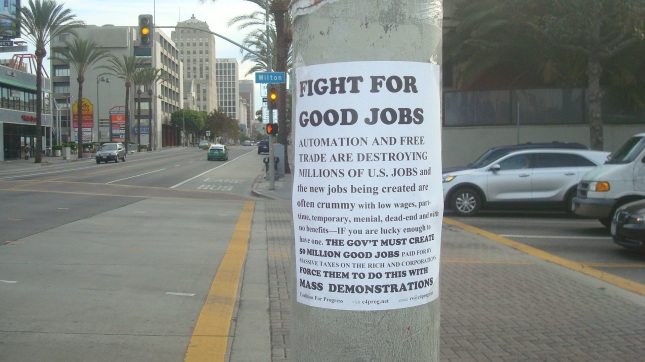 This one took me by surprise. I was in Burbank, and saw it on the side of a utility box. I guess the Me Too backlash has already begun. 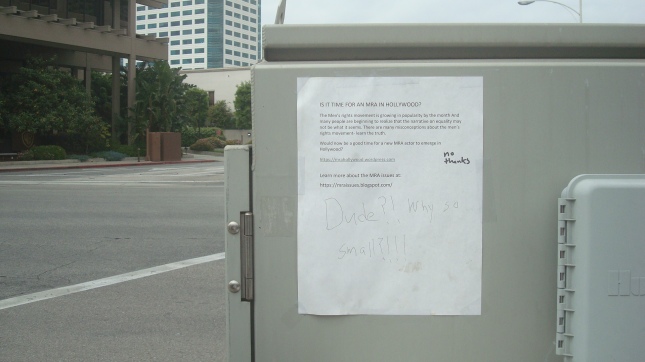 Here’s a closer view so you can read the text. The comments are interesting. 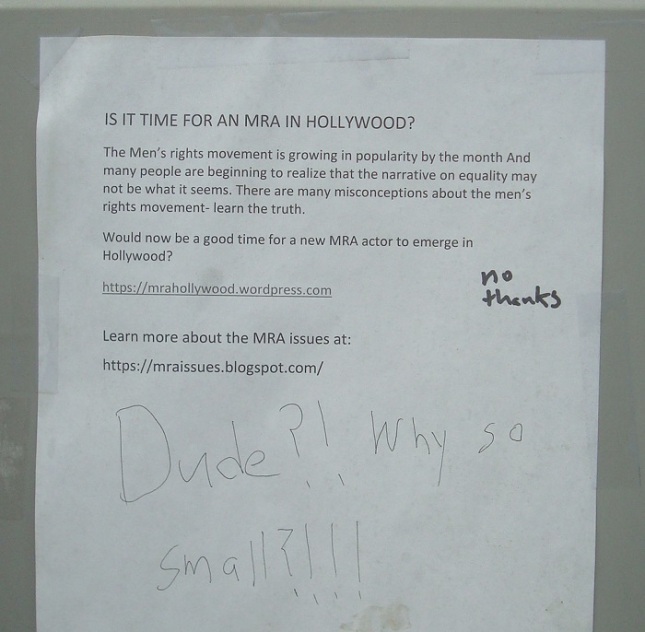 I miss the good old days when it was easier to scrawl stuff in wet concrete. Seems like contractors are a lot more careful about protecting their work these days. I’m guessing this dates back to the 90s. 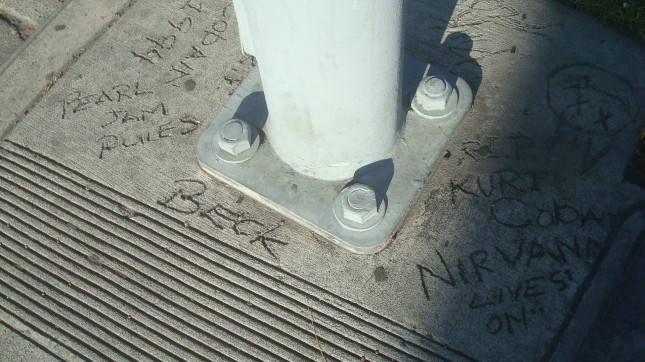 I found these words on Franklin in Hollywood. 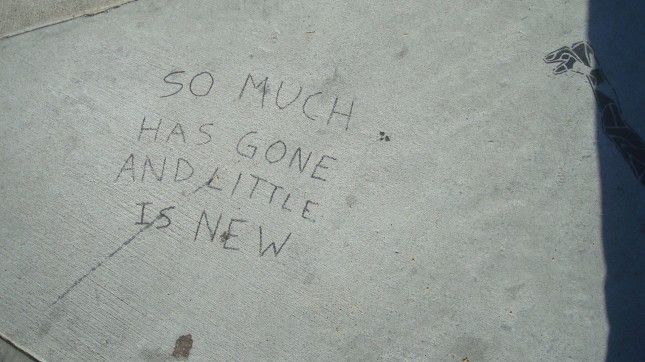 Another message, not too far from the first. 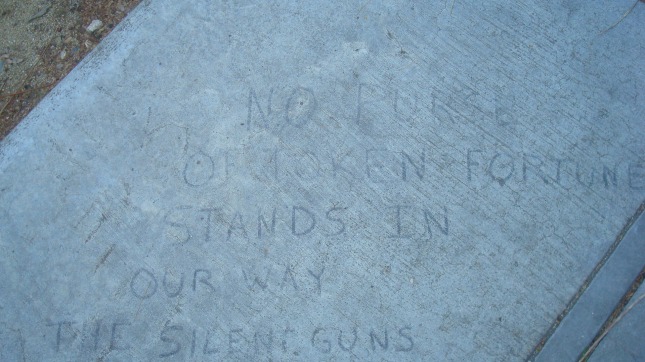 It’s continued in the next shot. I know the text in these isn’t totally clear, so I’ve tried to transcribe it below. Can’t guarantee it’s completely accurate. 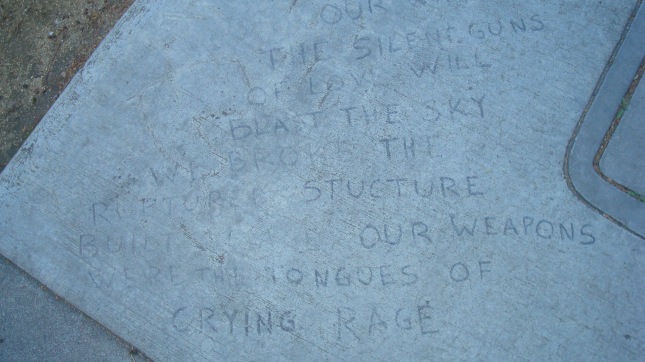 NO PURSE
OF TOKEN FORTUNE
STANDS IN
OUR WAY
THE SILENT GUNS
OF LOVE WILL
BLAST THE SKY
WE BROKE THE
RUPTURED STRUCTURE
BUILT [?] OUR WEAPONS
WERE THE TONGUES OF
CRYING RAGE

This last one was hung on a fence at the freeway onramp on Cahuenga. It’s a memorial for a homeless man who had died. 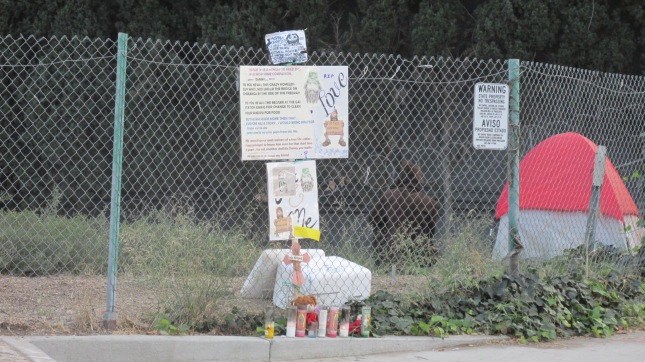 Here’s what the author has to say about his friend. 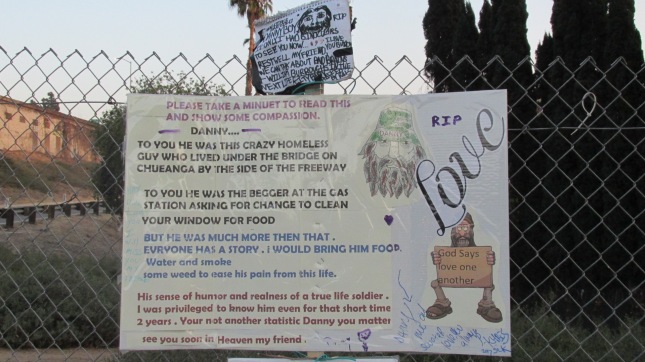 When I first read this it made me sad. But after a while, I started to think it was actually pretty beautiful. Like I wrote at the beginning of this post, there are a lot of people in this town who have things they want to say, but often no one’s paying attention. It sounds like Danny’s life was pretty hard, but at least for a while toward the end he connected with somebody who took the time to listen. 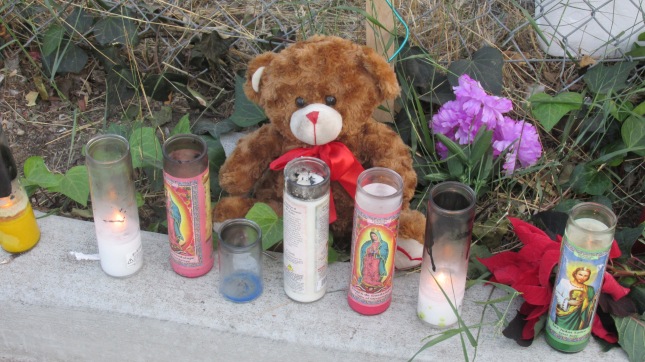