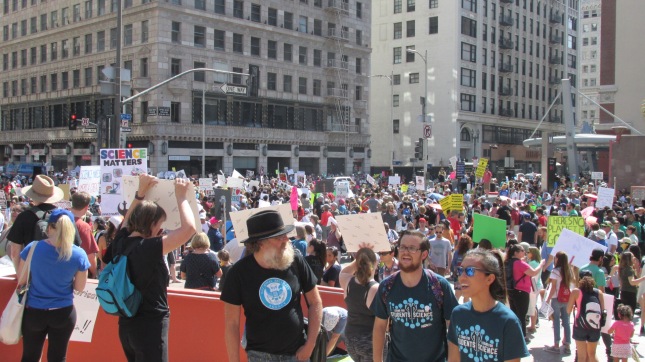 The vast majority of climate scientists agree that climate change is a threat and that it’s caused by human activity. But the White House is determined to ignore that threat, and has taken steps to back away from agreements the US has signed to reduce global warming. On top of that, the new administration has proposed to cut the Environmental Protection Agency’s budget by almost a third, and roll back regulations designed to protect our air and water.

But scientists are fighting back. Last Saturday was Earth Day, and to push back against Washington’s assault on the environment a broad coalition of academics and activists organized the March for Science. All across the country Americans gathered in cities big and small to speak out in favor of protecting the planet.

When I got off the subway at Fifth and Hill the streets were already packed. 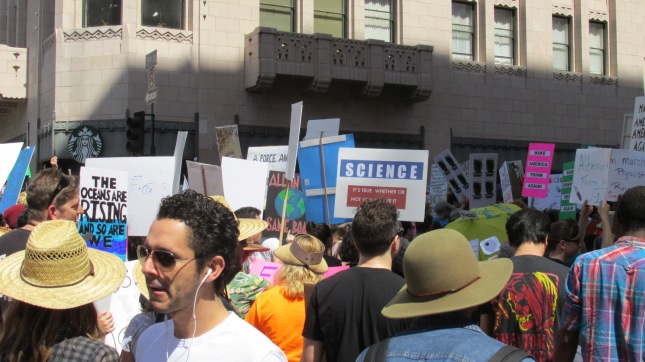 The street was jammed when I arrived. 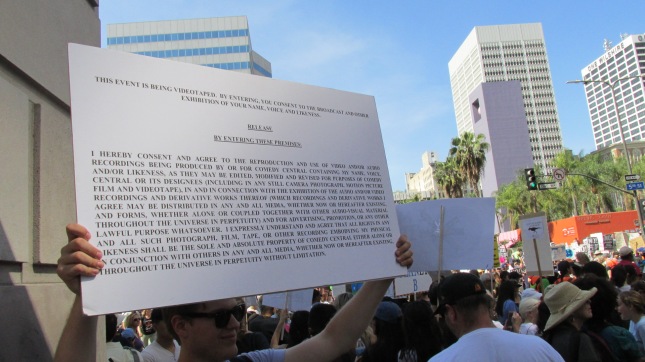 Glad to know it was okay to take photos.

Even Hello Kitty fans turned out to protest. 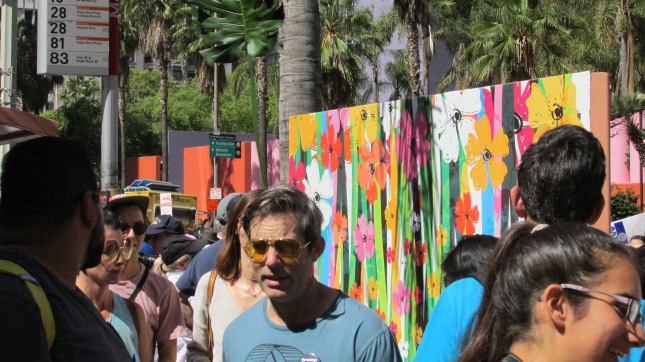 The sidewalks were so crowded it wasn’t always easy to get around.

I could hear people speaking over a PA in Pershing Square, so I headed over there. The crowd was so thick I couldn’t get near the stage, so I wandered around and snapped a few photos.

I couldn’t get near the stage in Pershing Square… 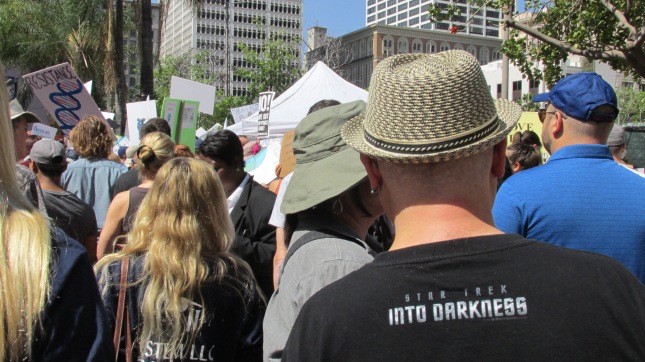 …so I made my way through the throng… 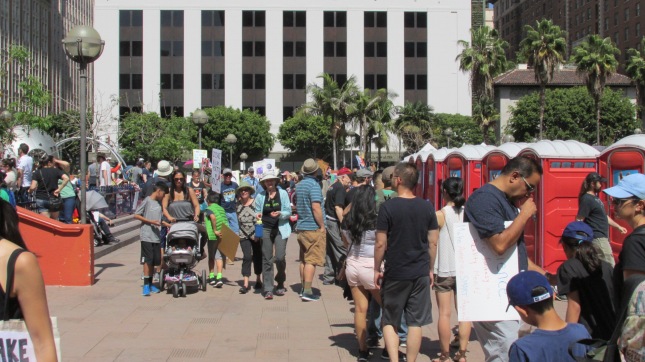 …to another part of the plaza…

…where I ran into Santa Claus.

Here are a few signs that jumped out at me. 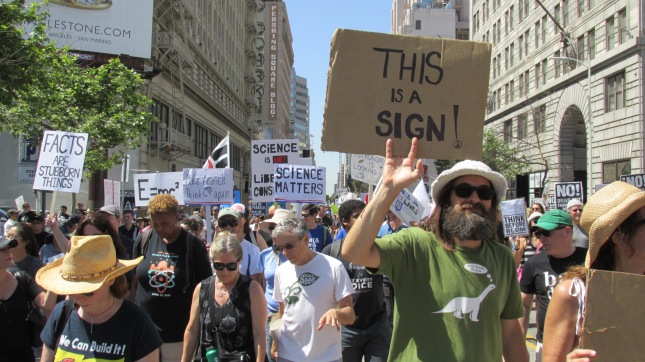 Finally the march got started. A huge crowd headed up Hill Street and then over to City Hall.

The crowd getting ready to march. 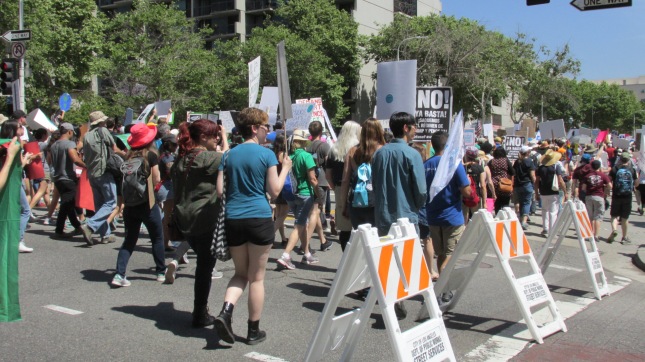 Protesters made their way up Hill Street.

Another shot of the march. 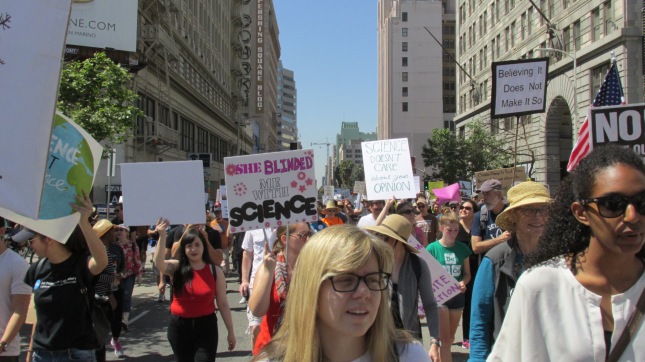 And yet another shot of the march.

Earth Day is over, but the fight is just starting. We need to speak out loudly against policies that put profit ahead of the planet. To learn how you can get involved, visit the March for Science web site.