It’s heartening to see that thousands of Angelenos know that neither this city nor this country would exist without immigrants, and that they’re willing to take to the streets to remind others who have forgotten that fact. Crowds of protesters marched through Downtown on Saturday to protest the White House’s policies targeting immigrants. Here are a few photos.

Protesters at the intersection of First and Broadway. 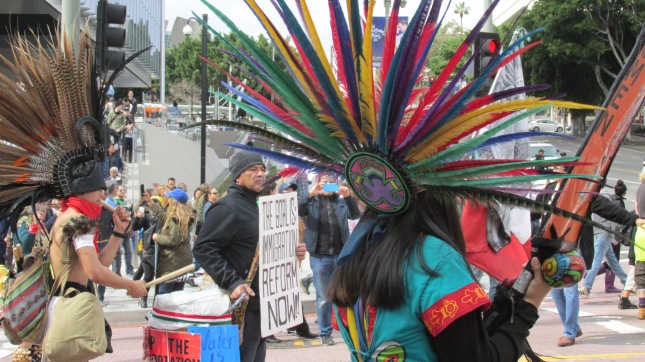 There was also a small crowd of people gathered around a speaker who was urging deportation for all undocumented immigrants. I’d say there were less than fifty in that group. 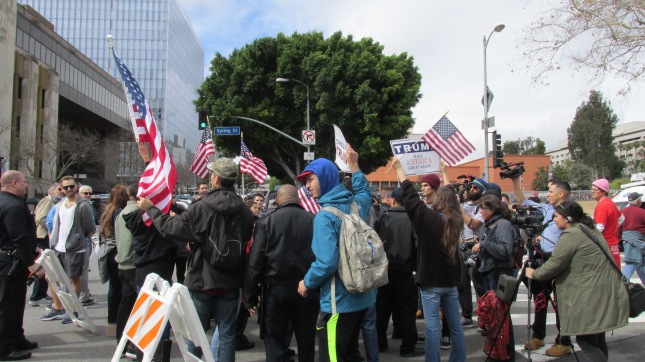 The pro-immigrant demonstrators marched north on Broadway, and then circled around back to City Hall where speakers urged resistance to anti-immigrant policies. Many carried signs, some mass-produced, some handmade, explaining why the US needs to keep its borders open. 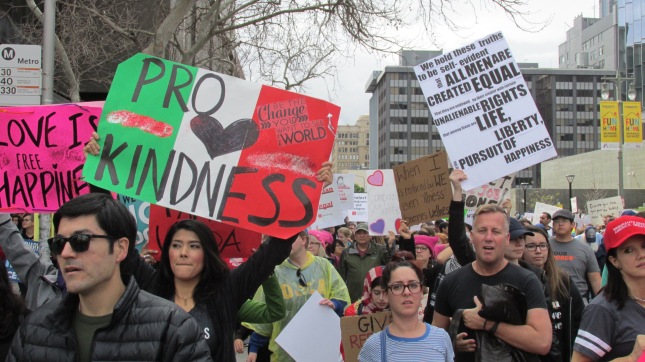 “All men are created equal.”

“Without immigrants I would have no friends.” 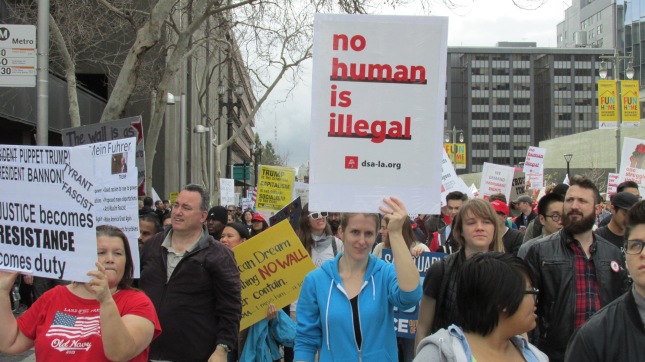 “No human is illegal.”

It seems unlikely that the White House is listening. But Congress certainly is. Even if some representatives may be inclined to support restricting immigration, they’ll be getting some heavy pushback from the farming, hotel and restaurant industries. Sadly, anti-immigrant fervor rises up regularly in the the US, and this won’t be the last time it happens. Which is why we have to speak out to remind the White House who really built this country. 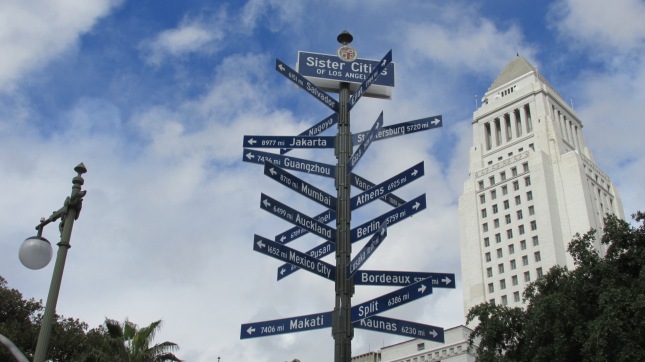