The recent presidential election has a lot of people worried. But instead of running for cover and cowering in fear, concerned citizens are showing up and speaking out. Today thousands of people gathered in Downtown to show their support for justice, tolerance and equality.

When I got to Grand Park this afternoon, I pulled out my camera and shot some photos of the crowd as I made my way toward City Hall. 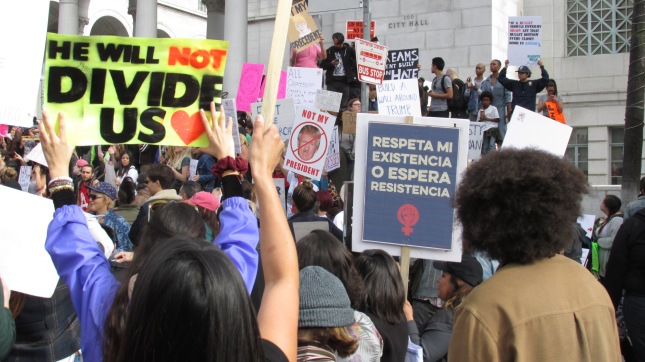 Many people let their signs do the talking. 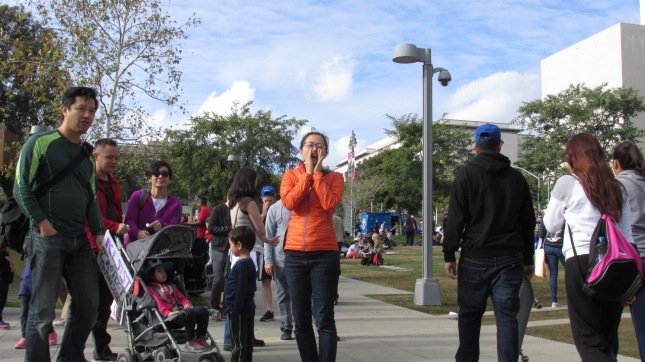 While others shouted out how they felt. 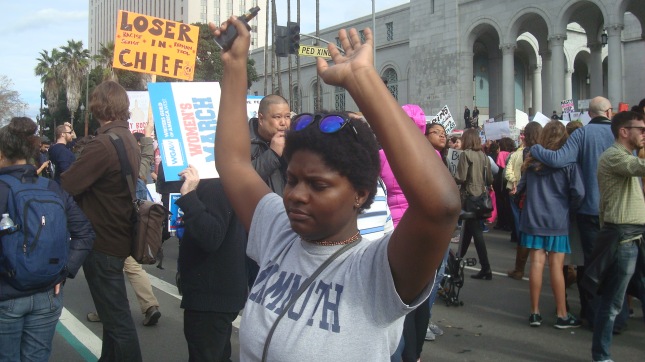 Another shot of the crowd. 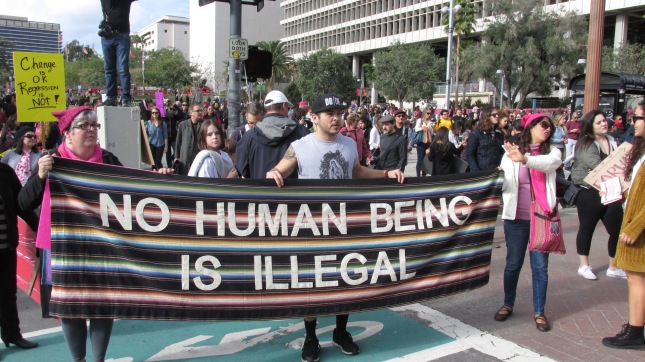 Human rights was a recurring theme.

I saw signs announcing groups from Santa Barbara and Coachella, and it’s my guess that people had come from all over California to attend. 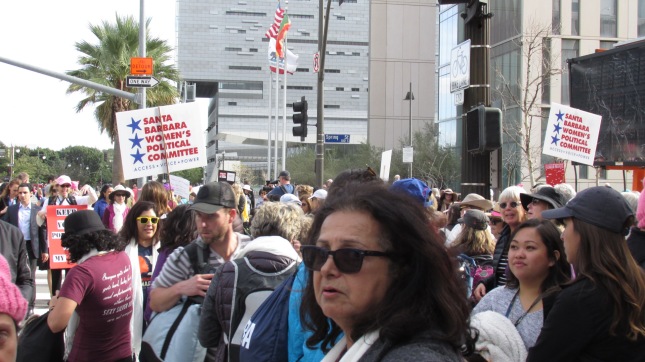 Others made the trip from Santa Barbara.

CD 13 Candidate Sylvie Shain showed up to talk about how the problems affecting us as a nation are also felt at the local level. And she also took a few photos while she was at it.

As it was getting close to three o’ clock, I had to get moving. I walked across the park to the Civic Center Red Line Station, where scores of protesters crowded the platform. And I snapped a few more photos before the train arrived. 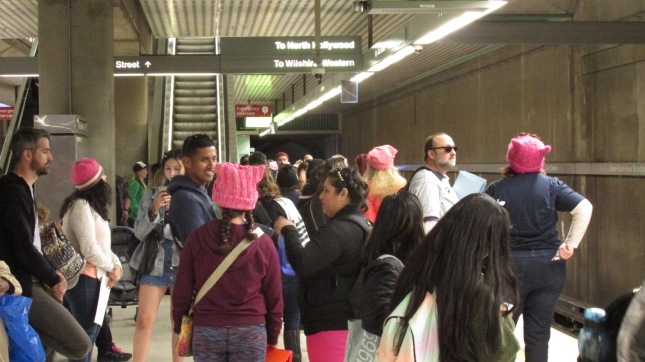 Protesters on their way home.

2 thoughts on “Showing Up and Speaking Out”