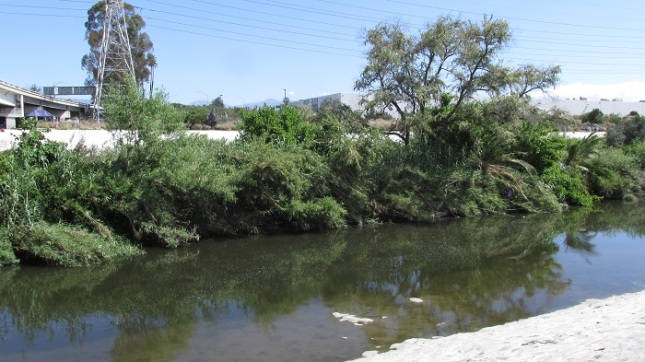 Yesterday I got up earlier than I usually do on a Saturday. It took some effort, but by nine o’ clock I’d made it to Marsh Park so I could take part in the annual LA River clean-up event organized by Friends of the Los Angeles River (FoLAR).

This stretch of the river is bordered by a mix of older stucco homes and industrial buildings. Marsh Park seems to wind its way through the neighborhood, I’m assuming because it was planned to take advantage of unused open space. It’s nicely landscaped, and has a cool play area for kids. 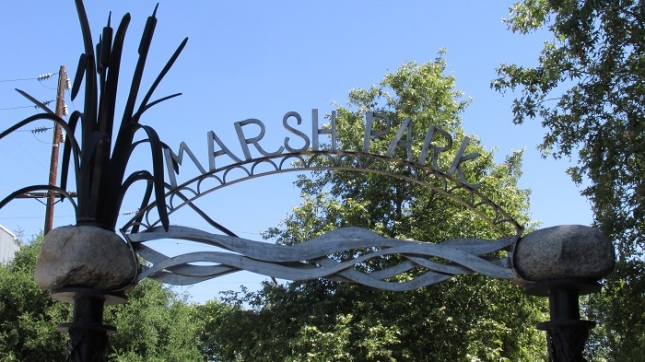 The entrance to Marsh Park. 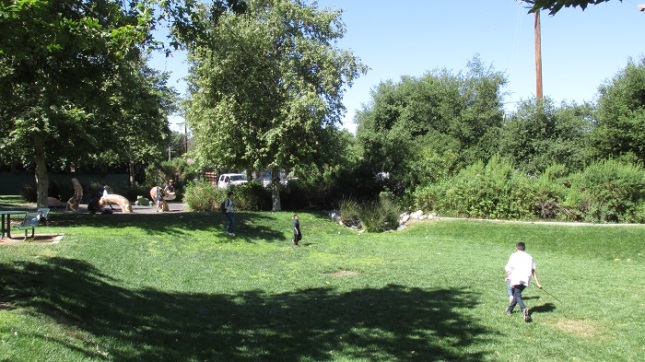 A grassy expanse in the park. 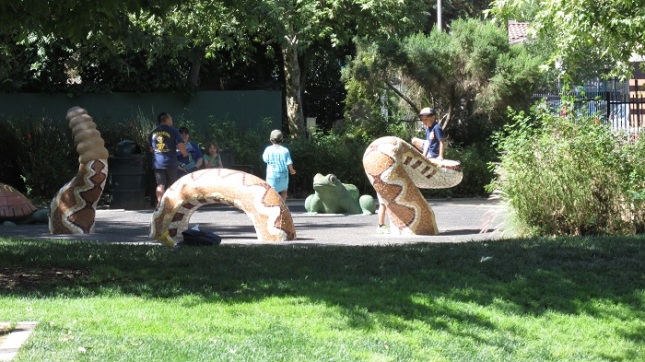 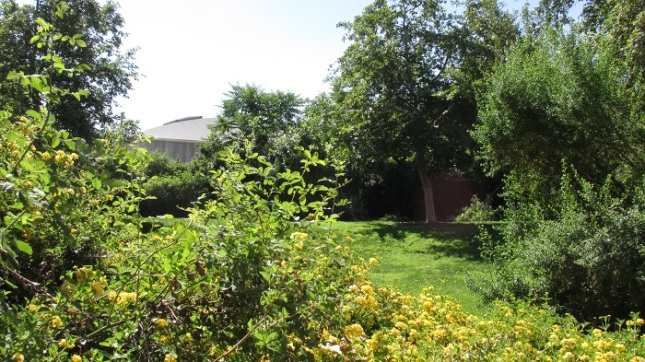 These yellow flowers caught my eye. 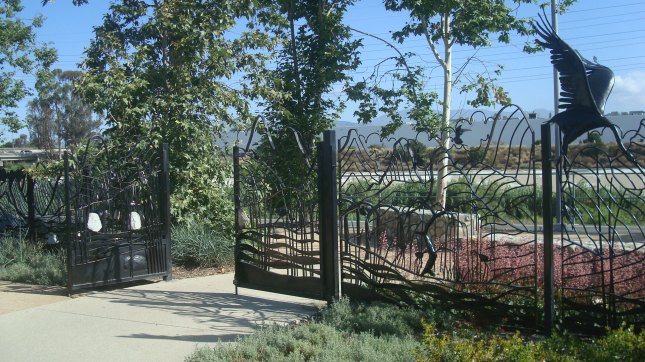 The gate that leads to the river. 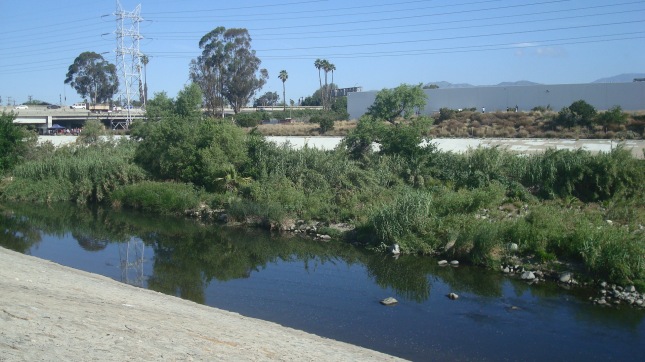 A shot of the river with the freeway in the background. 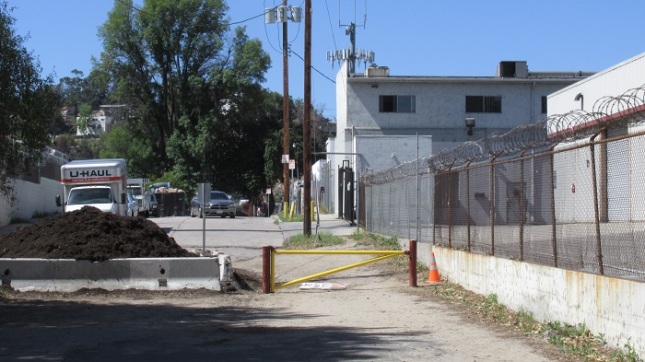 You’ll find a mix of residential and industrial on the streets adjacent to the river. 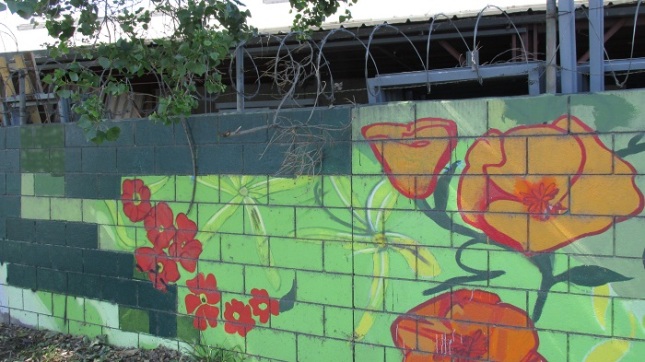 An artist’s effort to beautify a wall.

Dozens of people had made it there ahead of me. I got a pair of gloves and a trash bag, and after a brief orientation they set us loose on the river. The guy who gave us the ground rules said that twenty seven years ago, when FoLAR started doing these annual clean-ups, they came across all kinds of things in the river bed. In the early days they’d be hauling out mattresses, shopping carts, and even cars. These days, he went on to say, it was mostly a matter of picking up plastic bags. 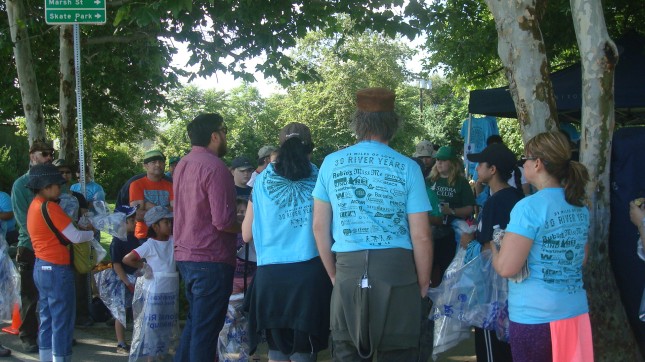 A quick orientation before we got started. 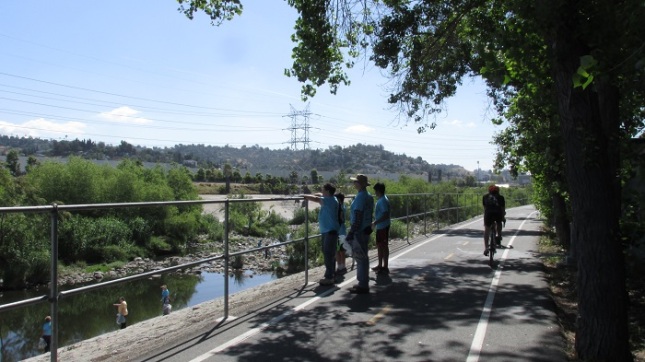 Heading out to tackle the trash. 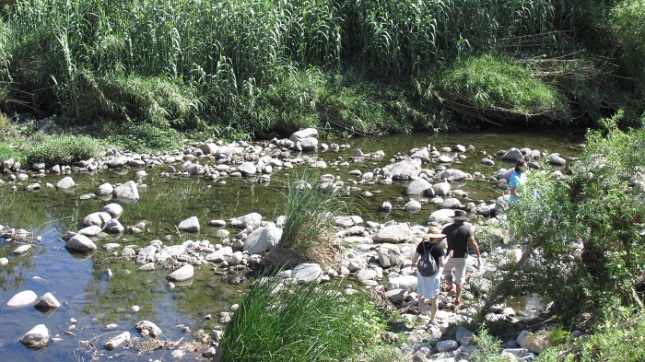 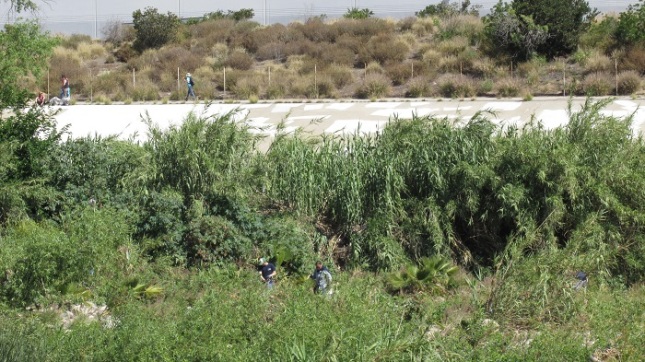 Looking high and low for trash. 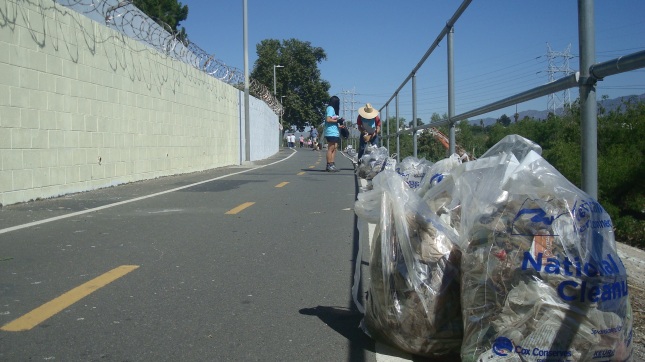 When the bags were full, we left them along the bike path. 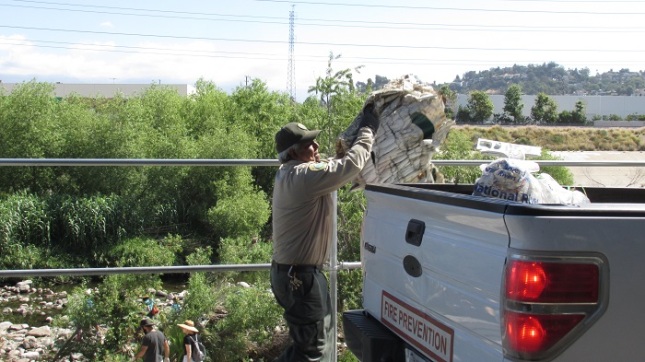 And this guy threw them in the back of a truck.

FoLAR has been taking care of this long-neglected natural treasure for thirty years. Unlike the Los Angeles River Revitalization Corporation, a latecomer with a pro-development agenda, FoLAR’s members have been trying for decades to realize the river’s tremendous potential as a public resource. Back when most of us were making jokes about this massive concrete channel that wound its way through the landscape, Lewis MacAdams and his cohorts saw what the river had once been and could be again. They’ve been working diligently since the eighties to protect and restore the LA River, and to educate the rest of us about its past and possible future. 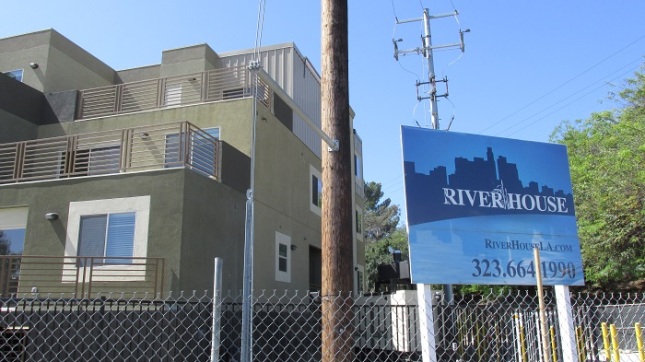 Developers have realized that there’s money to be made by building along the banks. 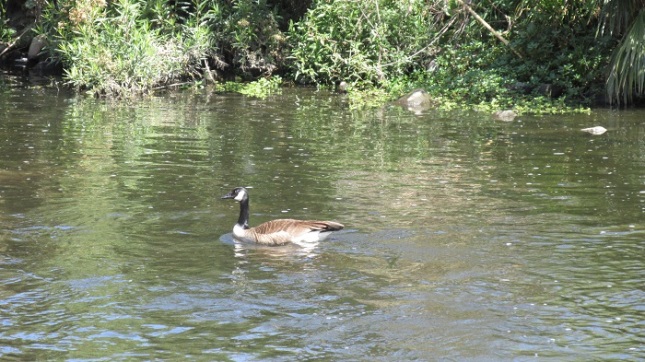 One of the river’s current residents. 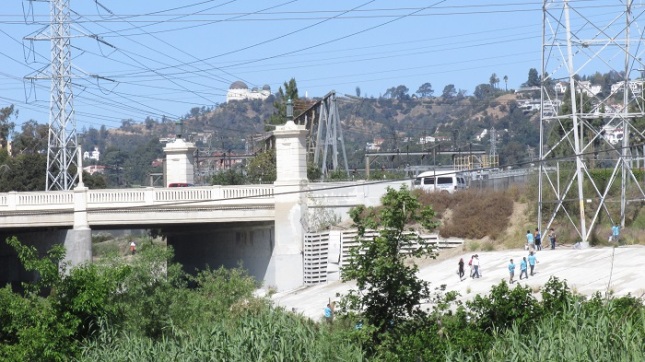 The Griffith Observatory was visible off in the distance. 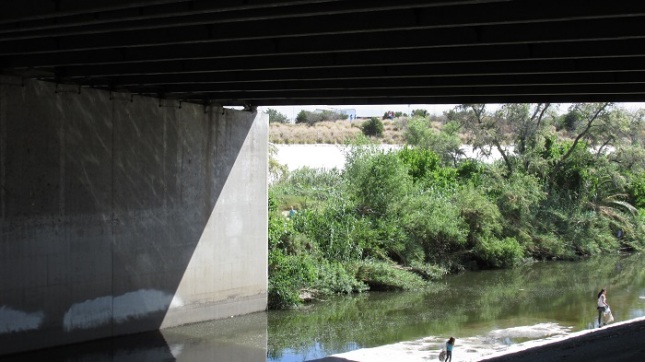 Standing under the freeway you could hear the steady din of the cars above.

I spent a while collecting trash, and then I wandered off to take pictures. I’d never walked along the river bed before. It was pretty cool. I don’t know about you, but for most of my life I barely noticed the LA River. Encased in concete, bounded by industrial parks and rail lines, running beneath dozens of bridges, it’s as if the river has been buried by the city. We’re only starting to dig it out now. It will be many years before we uncover its real potential.

I’m so glad I made the effort to be there for the clean-up. It was a great day. And it’s just one of many events that FoLAR holds throughout the year. Check out their web site for more info. 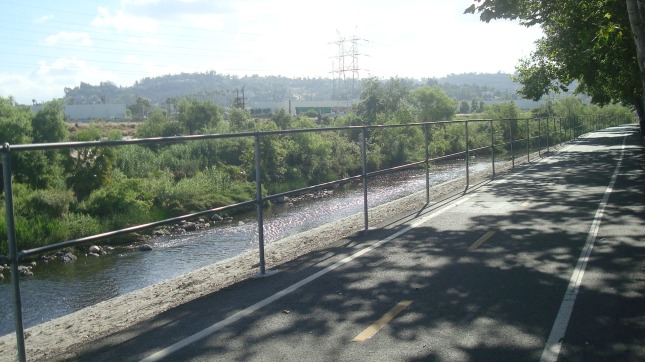