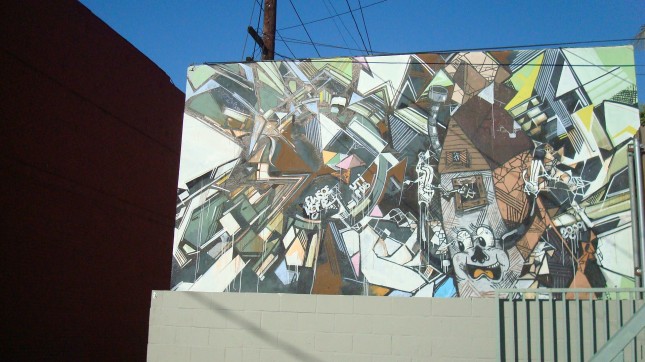 Sunset/Hillhurst, in the alley behind the Vista

In most major cities, we can see art all around us. Any blank wall can end up being a canvas for a kid with a can of spray paint. I’m not talking about the taggers who just scrawl their name anywhere they can find the space. I’m talking about artists who have an eye and a style and maybe even something to say.

Here are some shots I’ve taken of street art in the Hollywood area. They cover a wide range, from paintings by professional artists who’ve been commissioned to decorate a building, to kids working on a blank wall in a vacant lot in the middle of the night. Below each photo I’ve given the approximate location, and I’ve included the artist’s contact info when it was available. 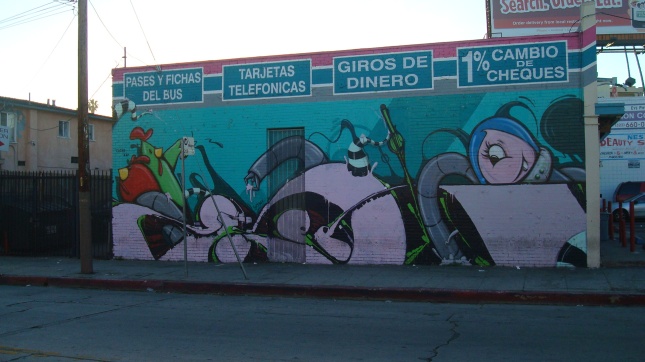 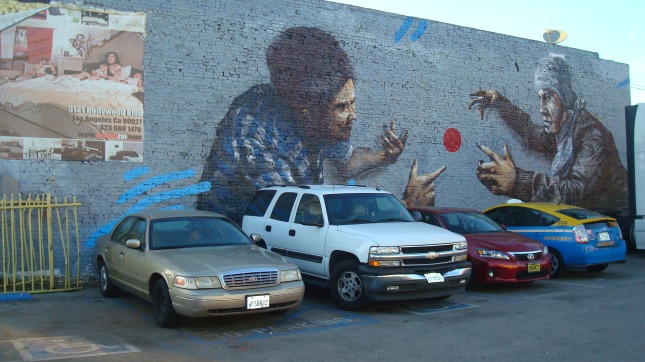 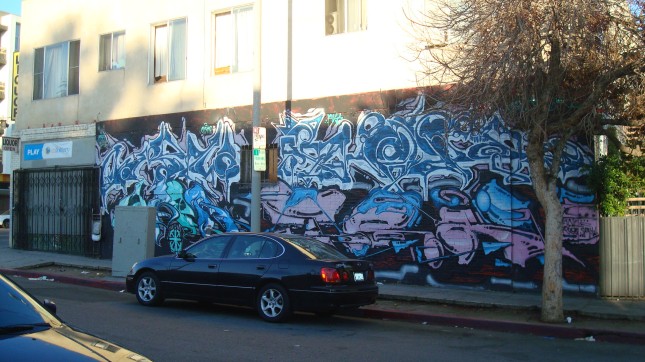 Here’s a guy who knows how to get attention. 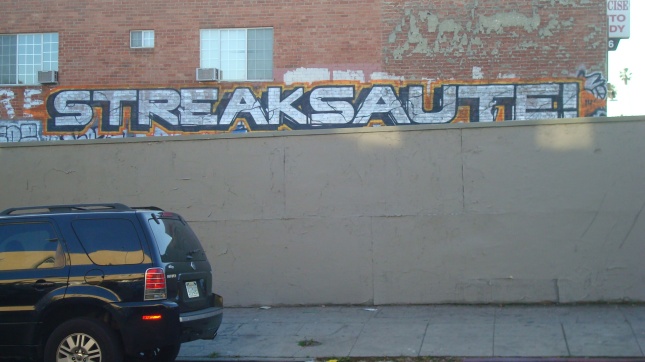 But, as you can see below, he’s not the only person who’s been working on that wall. 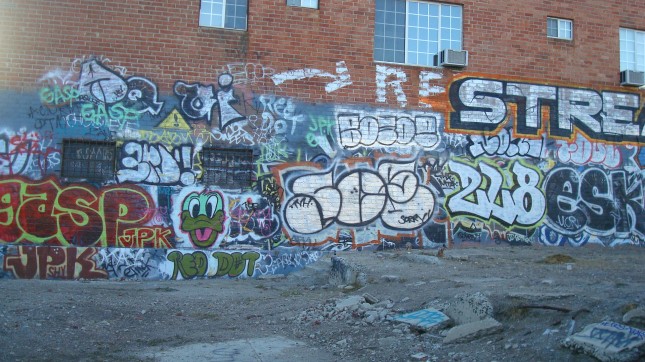 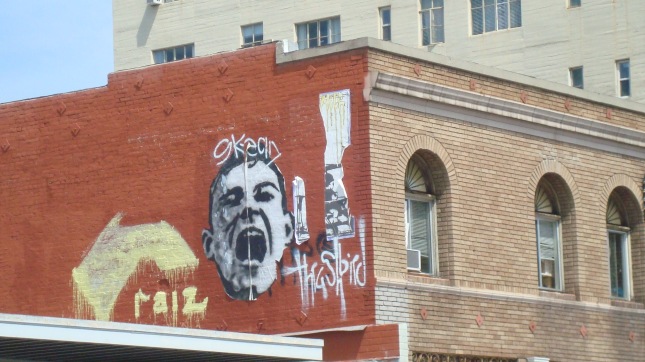 I love this one because it’s totally ephemeral. Drawn in chalk, it’ll be gone the next time it rains. That is, if it ever rains in LA again. 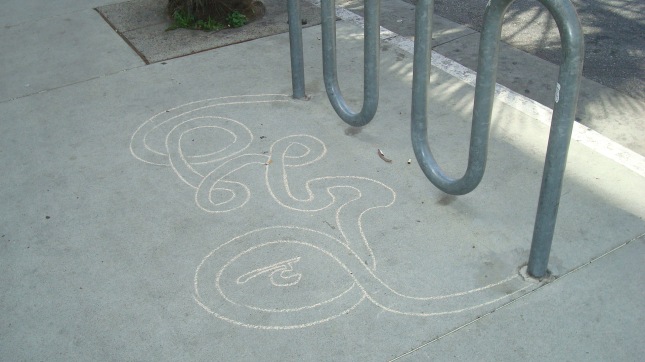 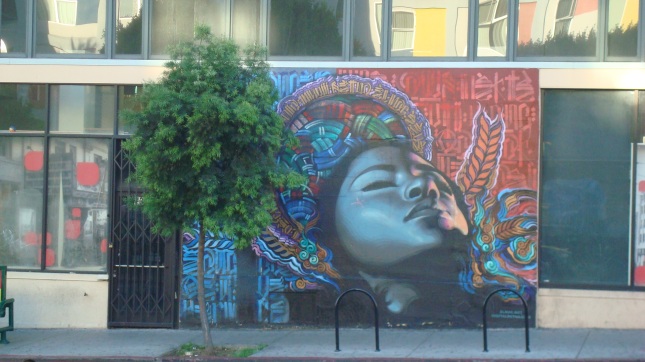 The following images are painted on a building that sits right next to the Hollywood Freeway. I later learned that this was My Friend’s Place, an organization that helps homeless youth. They provide meals, and also assist young people with health care and housing. Sounds pretty cool. For more information, click here. 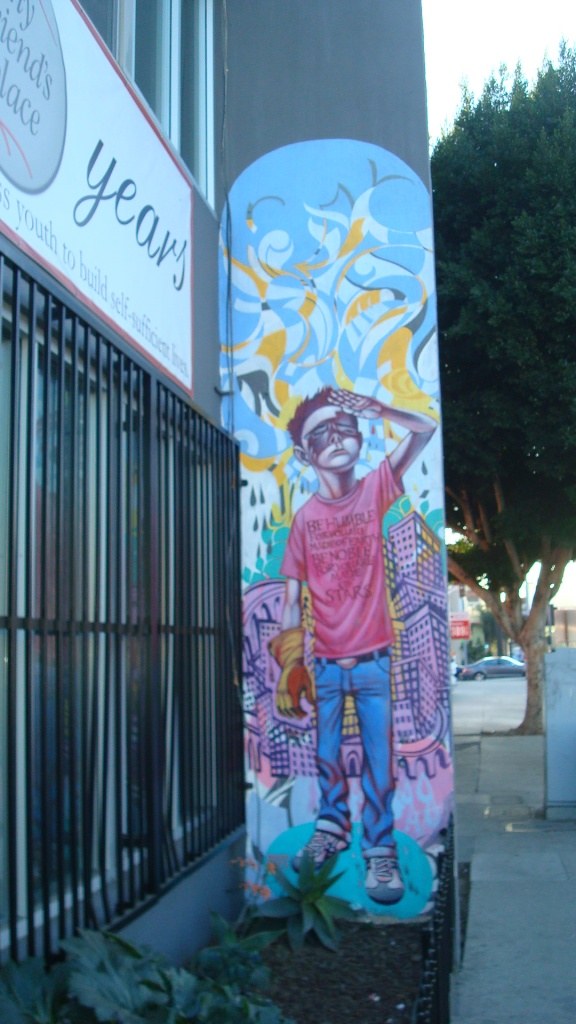 Below is a closer look at the words on the boy’s shirt. 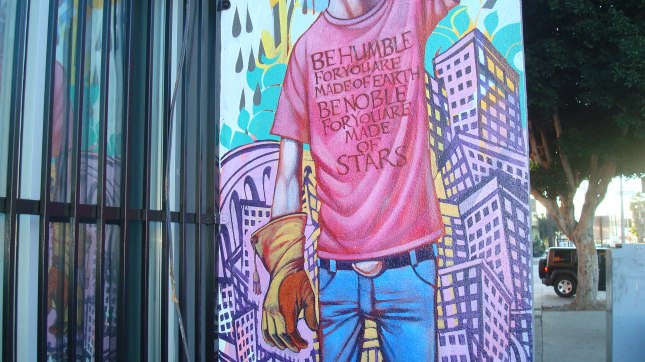 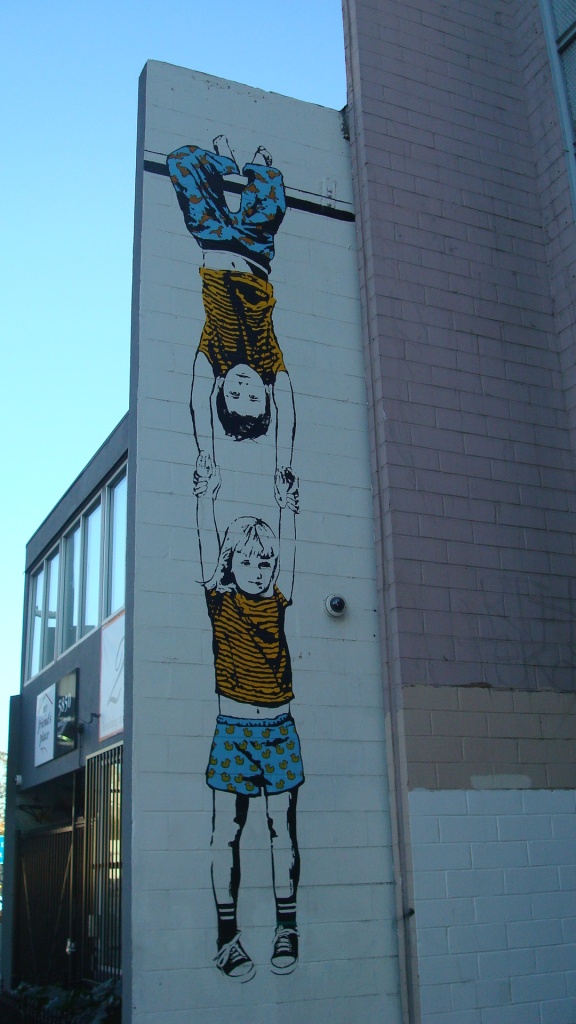 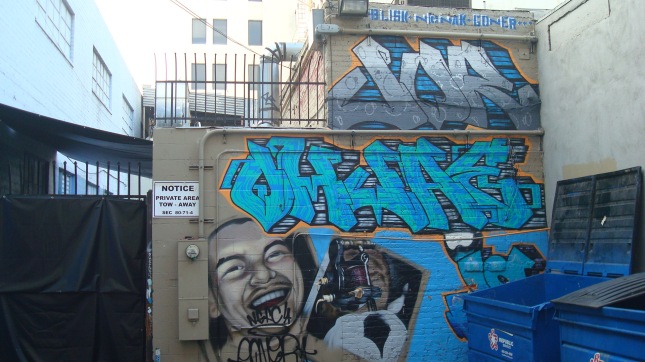 I was walking to the subway one morning and saw this at Highland and Franklin. It didn’t hold up for very long, but it was cool while it lasted. 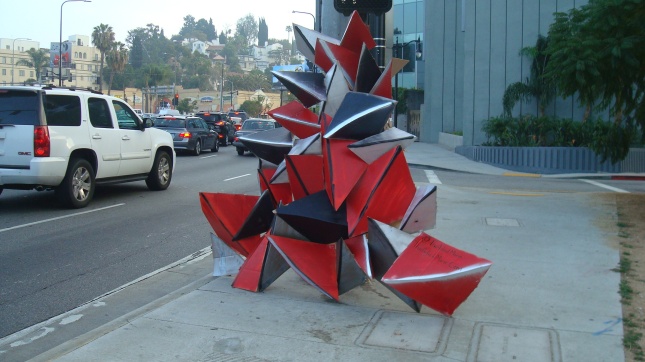 This image seemed like a good one to close with. 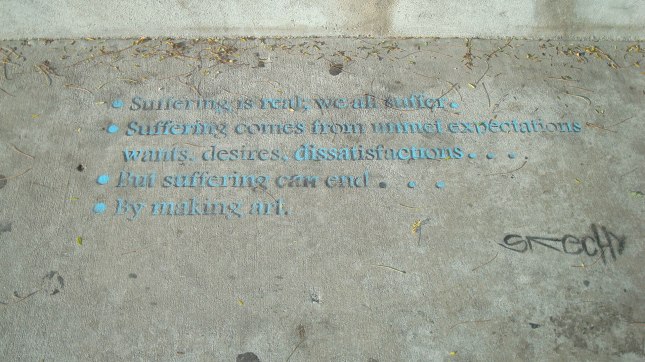 Highland/Franklin, in front of the mini-mall